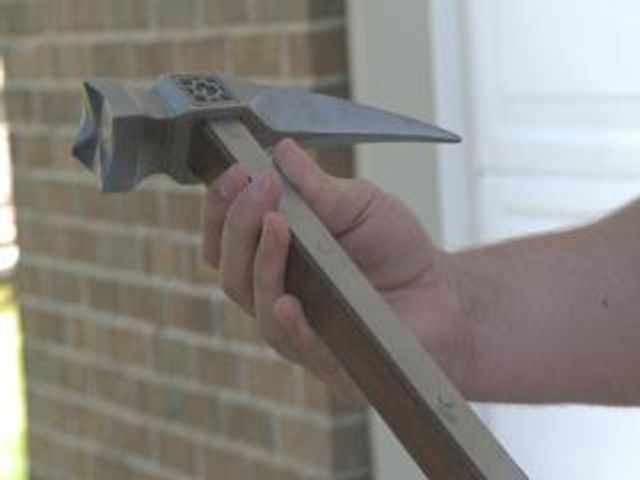 Devyn Breeden was getting ready for school when he heard a noise downstairs.

"I grabbed the war hammer we have because my dad likes me to defend myself," Breeden said.

When he went down to check out what the noise was, he saw a man wearing a black mask and holding a knife.

But when he came down with the hammer, which is about a foot long in length and looks similar to an ice axe, the robber ran right out the door without grabbing anything. The suspect has not been found or identified.

"It mainly was shock," Breeden said. "When I saw his I was getting ready to chase him but he left before I could begin to."

Breeden's father says he came home from work right when he heard the news. He said he is also very happy his son didn't have to use the axe either.

Police talked to neighbors afterwards and are trying to piece information together. Breeden said neighbors heard someone walking near their houses and think it was the burglar checking out the area.

While he said his family never uses the back door that was broken into, Breeden said they will make sure to keep it locked from now on.

Breeden's dad also said his son would be taking the day off from school.