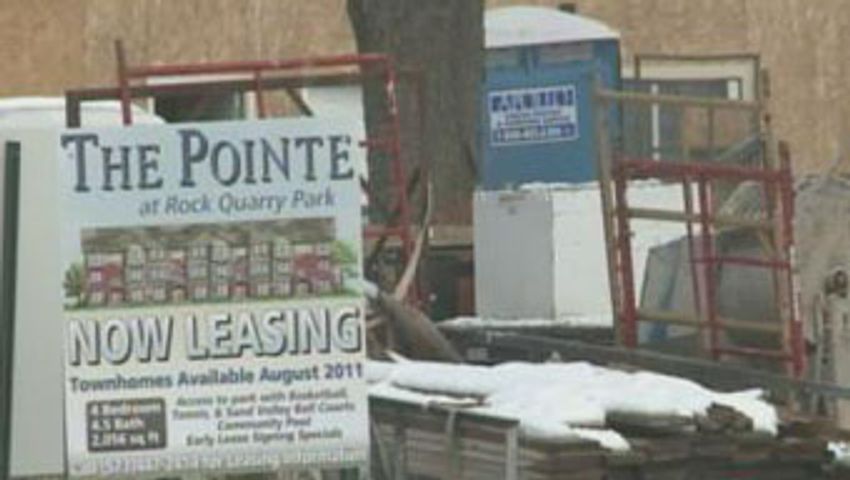 COLUMBIA - With nearly 800 new tenants of Rock Quarry Road scheduled to move in at the end of the summer, the scenic route will see more traffic. There are two housing developments underway on the road on either side of the Grindstone intersection. The Grove, designed for college students, will house 632 people. Made up of 40 units, the Pointe will only have 160 tenants. The additional residents on the two-lane street are causing safety concerns.

"You have increased traffic, you have people in the area traveling faster than the posted speed limit, with those combined the potential for crashes just increases," said Sergeant Curtis Perkins with the Columbia Police Department.

Perkins said the biggest problem on the winding road is speeding.

"I wouldn't say we have a lot of crashes on the road, but it has the potential for crashes and serious crashes due to the fact that people are driving too fast," Perkins said.

Speeding drivers did not keep Campus Crest from choosing the corner of Rock Quarry and Grindstone for the Grove.

"We chose the location because it's a beautiful location," said area manager Amanda Stewart. "It's very close to campus and it's also around a lot of the entertainment and restaurants in the area."

Drivers like MU student Zach Clark live by Rock Quarry Road and use it everyday. Clark said the winding, narrow road can be dangerous.

"Due to how curvy it is and all the elevation changes, you've got really short sight distance," Clark said. "I can definitely see how people could end up over correcting and end up in the ditch or over the 50 foot drop into the creek.

The city claims though that the winding road is not to blame for the safety concerns.

"We've done some additional research, and find a lot of the safety concerns associated with the roadway are more driver induced than they are roadway design," said City Development Services Manger Pat Zenner.

Zenner said in the future there could be changes to Rock Quarry Road like widening lanes and adding sidewalks. However, he said a tight budget could put it off for ten years. Rock Quarry Road is also Columbia's only scenic route. Zenner said there are specific criteria like maintaining vegetation, the city would have to follow while making improvements.

Zenner said developers are looking into using shuttle buses and public transportation to ease traffic. Both complexes will open in August.