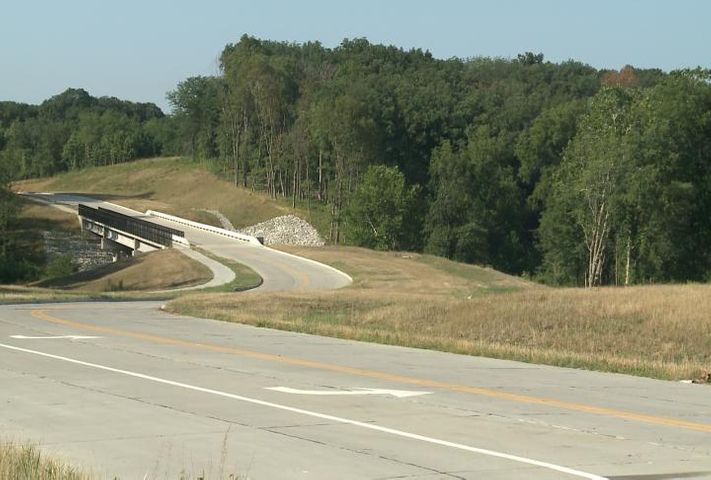 BOONE COUNTY - A new portion of Rolling Hills Road opened to traffic on Tuesday. The new road connects Route WW and Richland Road. The addition is part of a cooperative project between the City of Columbia, Boone County and a private development.

Columbia driver, Jan Miller said the new road will give local traffic a faster route to the south side of Columbia. "Richland Road is getting kind of narrow and lots of traffic so I think this new road will really be a benefit for this area," said Miller. She said she has been anticipating the opening of the new road.

Columbia cyclist, Patrick Marks said he bikes on Rolling Hills Road and thinks the new road is a safer alternative for all bikers.

"Right now it is less traveled, a lot less traveled than going down Broadway." He said he is excited to use the new road not only for biking, but also driving. "You can go straight from I-70 all the way to 63 if you want to," said Marks.

The Columbia Public Works said crews will continue to work on the sidewalk, grading and lights. It asks residents to use caution as this work continues. City and county officials plan to hold a formal opening ceremony in early September when the project is complete.