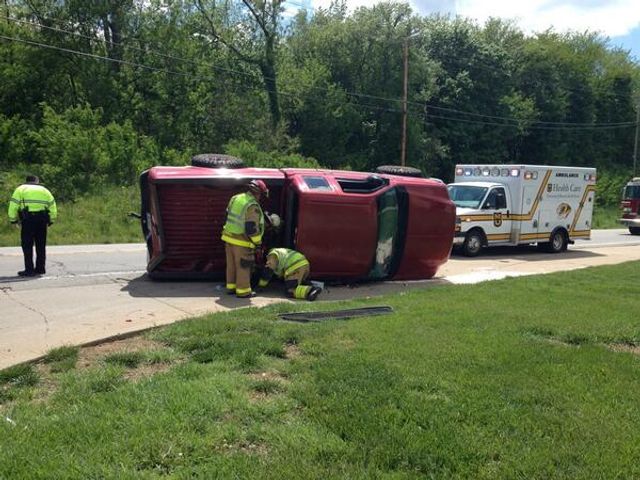 COLUMBIA - What several witnesses described as a two-vehicle drag race on Clark Lane Thursday afternoon ended in a rollover accident. Police and sheriff's deputies directed traffic near the Lighthouse Car Wash around 2 p.m.

Frazier said there were no injuries, and no one was transported to the hospital.

Andrea Davis witnessed the crash and said she saw the red truck and another silver vehicle drag racing. She said the silver vehicle fled the scene and drove to a nearby trailer park.

(Editor's note: This story has been edited to clarify which vehicles were involved in the accident.)