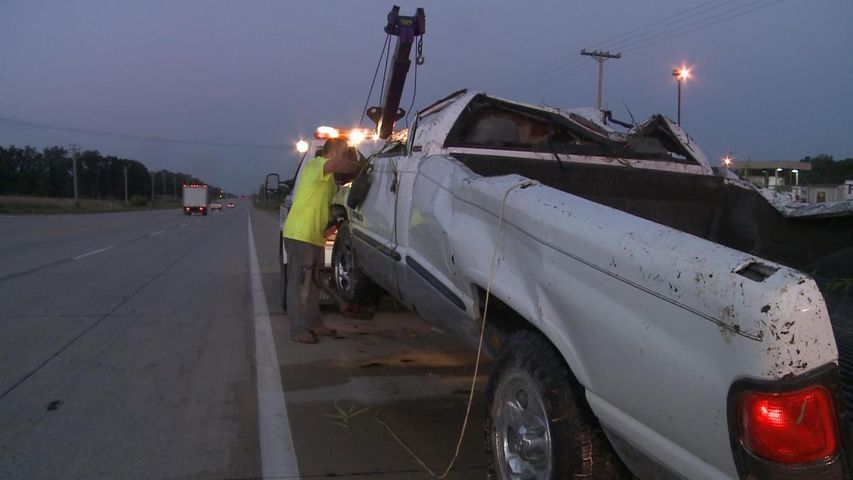 COLUMBIA - Early Friday morning the Columbia Fire Department responded to the 5400 Block of Paris Road for a reported car crash with people trapped.

The rollover accident was located in front of the FedEx shipping facility at 5501 Paris Road. A single half-ton pick-up truck had come to rest upside down in a large drainage ditch on the west side of the roadway.

Columbia Police officer Lori Simpson said the passenger of the vehicle was out when firefighters arrived, but the other adult male was trapped in the crushed cab of the truck. Columbia Firefighters worked for approximately fifteen minutes, using large, hydraulic rescue tools, to free the trapped victim.

Both occupants were transported by ground ambulances to University Hospital. Simpson said she does not think either of the men suffer from life threatening injuries.

It is unclear if either occupant was wearing a seatbelt at the time of the crash.

Simpson said the Columbia Police Department is still investigating the cause of the accident.

Two fire engines, two ambulances, and a rescue squad responded to the incident and were on the scene for approximately one hour.