Room At The Inn shelter moves to new location 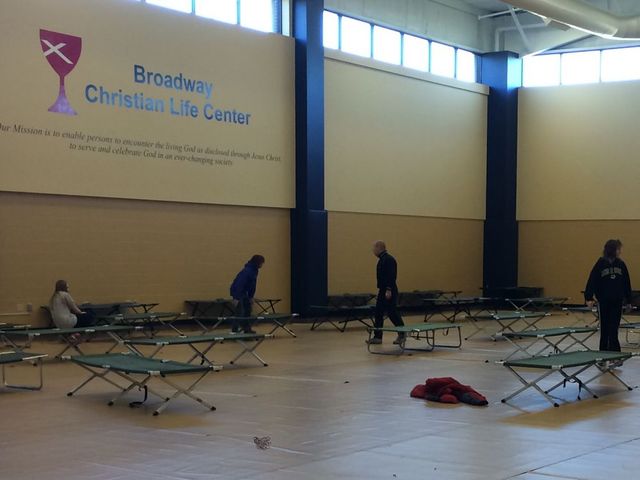 COLUMBIA - The Room At The Inn shelter was open in its new location in the Broadway Christian Church Monday. Organizers set up in the church Sunday.

The shelter was located at the Fairview United Methodist Church. It will stay at the Broadway Christian Church until Jan. 30.

Shelter Coordinator Yvonne Chamberlain said the shelter moves its location because it does not have a building that is able to accommodate it permanently.

"We move according to whatever our schedule is based on the availability of the spaces that's donated from the churches," Chamberlain said.

Chamberlain said the shelter's amount of volunteers was low so far this winter.

"We need three people overnight and right now we are having usually about one sign up for the overnight shift," Chamberlain said.

The volunteers provide the guests with snacks and entertainment before getting ready for bed.

Chamberlain said the guest population is made up of people who are temporarily displaced or displaced long-term.

"A lot of them communicate within their own community but we also have information about us at all the warming stations in town," Chamberlain said.

Chamberlain also said many social service agencies such as the Voluntary Action Center, the Salvation Army and hospitals will recommend people to the shelter.

Most of the shelter's funding and donations go to pay the overnight staff who supervise the guests at night.

The shelter will move to the Missouri United Methodist Church Jan. 31.