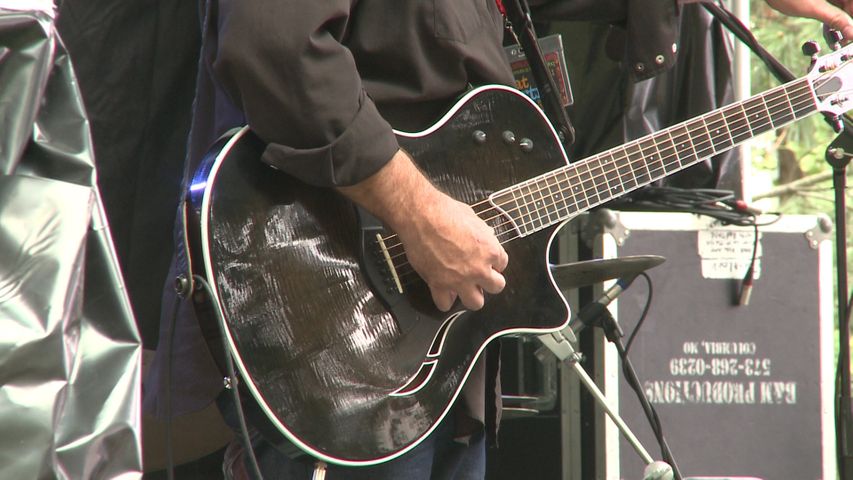 Taking shelter under the giant tarp-covered lounge area, the Festival's co-founder Polly Sweitzer describes how this year's Festival has drawn a record number of people. More than 70,000 people are expected to show up this year, which Sweitzer estimates is around 10,000 more than last year.

Although admission prices have also seen a jump in numbers of their own, Sweitzer says it is necessary to keep the Festival up and running.

"It's a one million dollar show, and somebody has to pay for that, and it's really hard to chase down sponsors," Sweitzer said. She says a majority of the event's proceeds will go toward fundraising for local schools through the Blues in the Schools Program.

This year's event also features a lounge area, where Festival goers who find standing outside exhausting, can pay an extra fee to relax.

The Festival is expected to wrap up tonight at around eleven with a feature performance from musical artist, Taj Mahal.