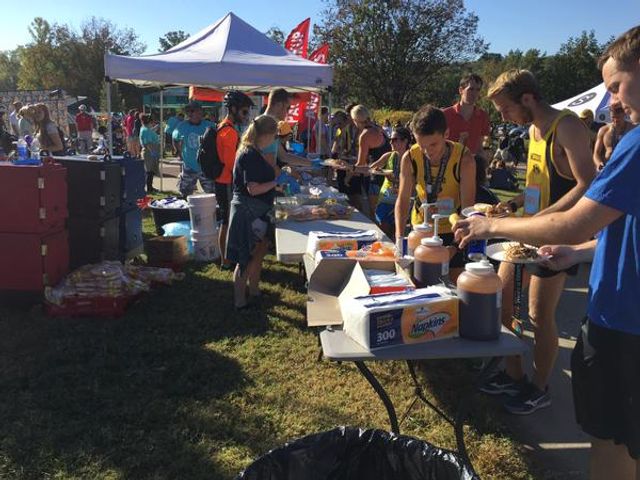 COLUMBIA - The Roots N Blues BBQ kicked off the second day of the festival with its seventh annual half marathon and 10K race Saturday.

Director Patrick Hanson said almost 1,200 people signed up to run in this year's race. Participants received a race shirt, a finisher's medal, BBQ and beer after the race.

"This has been a great event for several years, I started running the half marathons here when they first started six or seven years ago," runner Dearld Snider said. "It's one that I just always keep on my calendar."

Snider, a Columbia resident, said the environment of the race and the people in Columbia who help support it are what helps make this race special.

"I think the running community here in Columbia is amazing and so you see a number of people that you know out here," Snider said. "Often times you see a lot of good people out there and it's just such a positive environment."

The festival continues Saturday with 13 different artists scheduled to perform between 11:45 am and 9:30 pm.