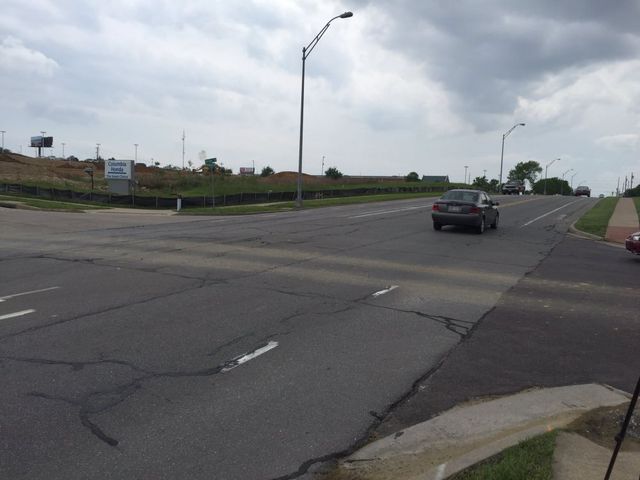 COLUMBIA - Columbia Public Works presented a design concept for a possible roundabout at the intersection of Parker Street and Vandiver Drive Wednesday.

Second Ward Councilmember Michael Trapp raised concern about the intersection the first time he ran for the position.

Engineering Supervisor Allison Anderson said one issue is the intersection is only stopped two ways. Another issue is the slope of Vandiver heading into it.

"The way it was laid out on the hill, we've had a few collisions there just because of sight and traffic on Vandiver," Anderson said. "There's also a little hump on Vandiver that we'll be taking out as a part of this project to improve the sight distance at the intersection."

According to the presentation, having roundabouts reduce the number of "conflict points," or points in an intersection where cars can collide, by 75 percent.

"Roundabouts in general are a safe intersection improvement because just the way they're configured causes cars to slow down as they go through the intersection," Anderson said. "It's safer for vehicles as far as entering and exiting and being able to react before the collision might happen."

The roundabout would look similar to the one at Scott Boulevard and Vawter School Road.