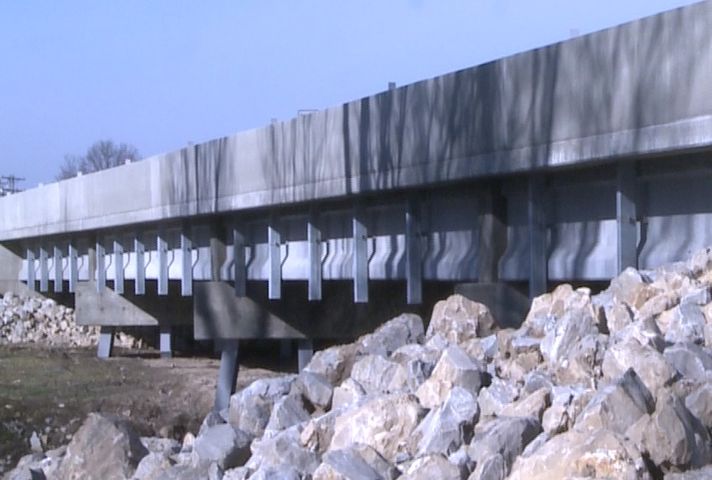 FAYETTE - The Missouri Department of Transportation celebrated the completion of two bridge replacement projects in Fayette on Tuesday. The ribbon-cutting event occurred on Highway 240.

The two bridges, originally built in 1932, were completely replaced over a five-month period from June to November 2011. They were replaced one half at a time in order to allow traffic to continue on Route 240. The project construction was $1.87 million.

Both bridges are over Bonne Femme Creek and Bonne Femme Creek Overflow and are located west of Route 124. The bridges were replaced one at a time so Route 240 traffic could keep moving during the construction.

Lay said he hopes these briges will help with Fayette's development.