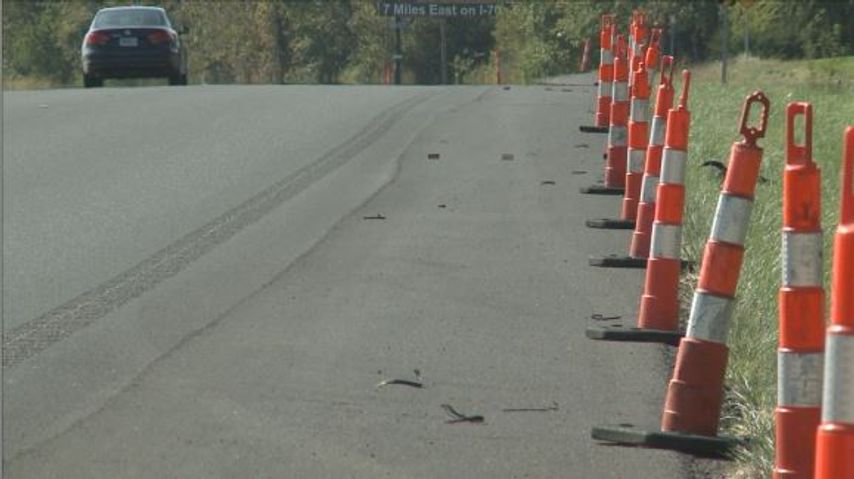 CALLAWAY COUNTY – Driving on Route 54 near Kingdom City could be safer after new MoDOT improvements.

According to a MoDOT press release, the improvements include an "innovative treatment designed to provide motorists with more traction in rain, ice or snow." MoDOT is using the treatment, which is called High Friction Surface Treatment, on the westbound lanes of Route 54, just north of Kingdom City.

It is a two-part system that involves a layer of epoxy and a layer of a fine aggregate that has high friction qualities.

Derek Lepper, assistant construction and materials engineer, said the contractors working on the project have mastered the process, so it only takes about three workers to do the work efficiently.

“The contractors that we have working right now have it down to a science,” he said. “They’ve actually got their own machine that they built.”

Lepper said MoDOT has also used the treatment on Route 54 in Jefferson City under the overpasses over Madison and Jefferson streets and on Route 179.