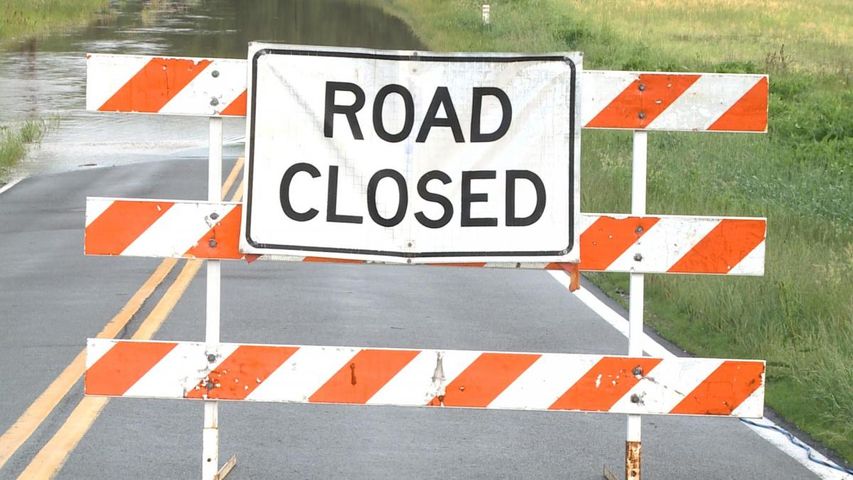 At 4:30am, a car became stuck, prompting the rescue. MoDOT worker Kent Cunningham said his crew was called shortly after to block off the road.

One car was removed around 6:00 am Monday morning, but a Ford pickup truck remained stuck in the middle of the road, surrounded by water.

Cunningham said drivers should avoid Route E and find alternate routes. He did not think the road would be cleared by Monday night.

"Even if the road looks fine, find another way till we can get out here and clean the road up," Cunningham said. "There's gonna be debris and mud and everything on the road, and we're gonna need to get it off before you can cross it."

You can check out road conditions in your area by visiting MoDOT's website.