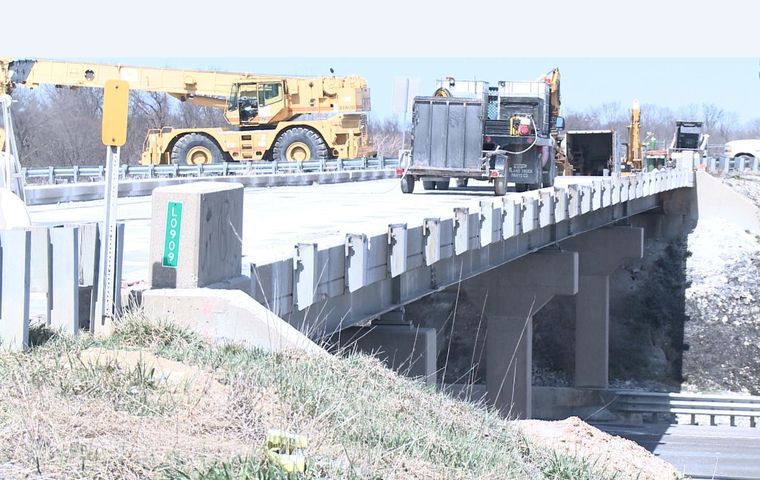 BOONE COUNTY - Construction on the Route Z bridge over Interstate 70 at mile marker 133 began Tuesday, shutting down all access to the bridge until August 5.

The project, funded by MoDOT and Boone County, focuses on expanding the bridge to create 3-foot-wide shoulders. There will also be a roundabout constructed at the intersection of Route Z and St. Charles Road. The roundabout is expected to alleviate heavy traffic flow after the opening of Battle High School.

During the nights of April 3 and 4, I-70 at mile marker 133 will be shut down while MoDOT construction crews disassemble the Route Z overpass. There will be a detour in place redirecting single lane traffic up and over the ramps throughout both nights.

The current detours in place to access Route Z northbound are at exit 137 at the Routes J and DD overpass. MoDOT advises driver to go north and then take a left on the northwest outer road and continue to Route Z. The Route Z southbound detour is at the Lake of The Woods Road exit at mile marker 131.