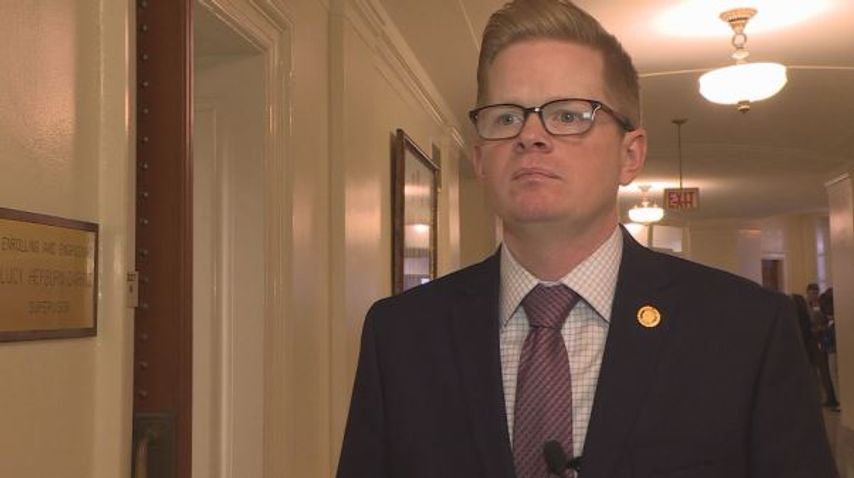 Rowden said his formal statement, which could become a resolution, would help bring attention to the case.

"It is the duty of this body to speak out and demand the NCAA reverse its decision," Rowden said.

"Although the tutor said she felt pressured, the investigation did not support her allegation that her colleagues directed her to complete the work for the student athletes," the NCAA said when the sanctions were announced.

Rowden said MU fully cooperated with the NCAA investigation, and the university is being punished for doing the right thing.

"I think it bears repeating just how egregious these sanctions were and the reasons why," he said.

In his formal statement, Rowden proposed the Senate protest the NCAA for "its unfair and harsh sanctioning of the athletic department of the University of MIssouri-Columbia."

Rowden's statement will follow the same process of a bill. The statement will get referred to the rules committee, and committee members will vote to send it to the full Senate. If the Senate passes the resolution, it will head to a vote in the Missouri House of Representatives.

If Rowden's formal statement becomes a resolution and passes in the Senate and the House, it won't have any effect on the NCAA's investigation.

Rep. Kip Kendrick, D-Columbia, said if the potential resolution reaches the House, it could send a message to the governing body of the NCAA.

Kendrick said the discussion of the NCAA sanctions could also bring attention to the need to adequately fund higher education.

Rowden requested the secretary of the Senate send a copy of his document to NCAA president Mark Emmert.