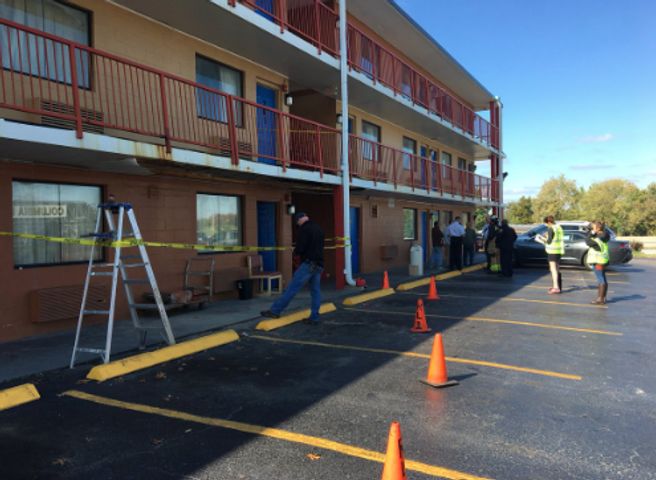 COLUMBIA – A walkway outside of the Royal Inn off I-70 showed signs of structural damage Monday afternoon and guests had to leave.

Although the walkway did not collapse entirely, a building inspector determined there was enough damage to warrant an evacuation.

“I’m glad it didn’t take out one of the other people that live here," Royal Inn guest Breann Daly said. "I’m glad it didn’t hurt anybody because there is only a few kids here, and she could have been under that and that scared me."

It's not clear what caused the walkway to deteriorate.

Some guests KOMU 8 News spoke with said they noticed the crack forming for the past couple of weeks and alerted management.

KOMU 8 News asked one of the managers about it, but he said he was not aware of any reports.

The building will go through a structural inspection before guests and employees are let back in. That could be as early as tomorrow and as late as two weeks from now, according to the building inspector.

The Columbia Fire Department was working with the American Red Cross to find places for the guests to stay.

Daly said she and her family are going to stay at Harbor House for the immediate future.