Royals Beat Tigers in the 9th 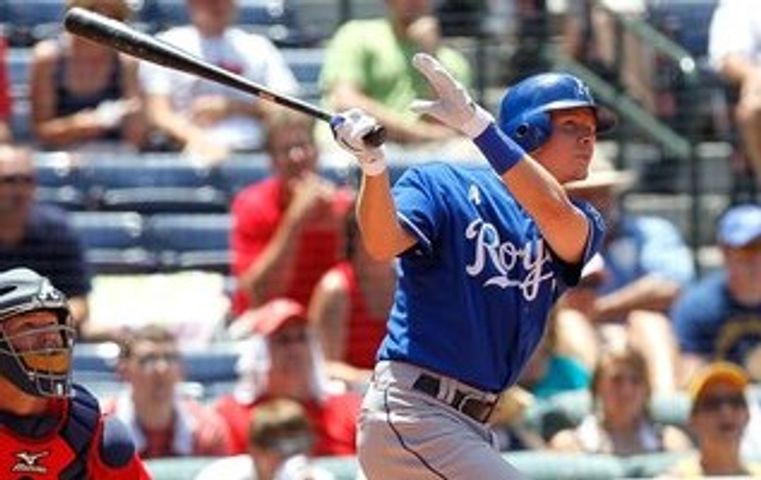 DETROIT (AP) -- The Kansas City Royals started strongly for a change and finished with a rare win.

Chris Getz's infield single in the ninth inning put Kansas City ahead, and the Royals held on to beat Detroit 3-2 Wednesday for their seventh victory this year.

Kansas City completed a 4-3 trip - after losing 12 straight - and starts a homestand Thursday night against the New York Yankees.

''We're happy,'' Royals manager Ned Yost said.
The Tigers are trying not to get too upset about a slump that has prevented them from winning back-to-back games in two weeks and dropped them to .500 after a 9-3 start.

''Our expectations were we had to win the division by 25 or 30 games - they were pretty unrealistic in the first place,'' Detroit catcher Alex Avila said. ''Our goal at spring training was to win the division, by one game or 10 games doesn't matter to us. We're not happy with the way we've played, but that's part of baseball and no one in this clubhouse is worried about it.''

Joaquin Benoit (0-1) gave up a double to Mike Moustakas, who advanced to third on a groundout and scored when Getz hit a grounder that was too deep into the hole for shortstop Jhonny Peralta to make a strong enough throw to get him out at first.

''Peralta plays up the middle, so I tried to shoot it in the hole,'' Getz said.

Tim Collins (1-0) got Prince Fielder to fly out to the warning track in left and struck out Ryan Raburn in the eighth for the victory after Detroit tied the game on Brennan Boesch's two-run homer earlier in the inning.

Jonathan Broxton gave up a one-out single to Avila and got Andy Dirks to ground out into a game-ending double play for his fourth save in five chances.

Tigers ace Justin Verlander started two innings by letting the leadoff batter get on, and both of those batters scored. Jarrod Dyson opened the game with a walk and scored on Eric Hosmer's two-out double that ended his 0-for-19 slump. Alex Gordon singled in the sixth and came around on Jeff Francoeur's groundout.

''The one pitch I want back is the one in the first to Hosmer,'' Verlander said. ''I got (Billy) Butler with a runner on third, and then I made just a horrible pitch to Hosmer. That's something I can't do.

''The way our kids battled Verlander was impressive,'' Yost said.

Kansas City starter Jonathan Sanchez gave up only one hit - with two outs in the fifth - two walks, hit a batter and struck out two in five innings.

''Sanchez used his fastball well,'' Yost said. ''After battling strep throat the past three days, so he started to lose some energy in the fifth.''

Jose Mijares pitched a perfect sixth inning. Kelvin Herrera allowed two runners to get in scoring position in the seventh, but Aaron Crow kept Detroit scoreless by getting pinch-hitter Ramon Santiago to ground out. Crow, though, gave up Austin Jackson's leadoff single in the eighth, and Boesch made it 2-all with a line drive over the right-field fence for his fourth homer.

In a 9-3 loss to Detroit on Tuesday night, the Royals gave up five runs after allowing Minnesota to score four in the first inning of a 7-4 setback at Minnesota on Sunday.

A day after being encouraged by his team's offense, Tigers manager Jim Leyland was disappointed by a lineup that was highly touted just a month ago.

''It looked like we were coming out of it a little, but then we get (five) hits,'' Leyland said.