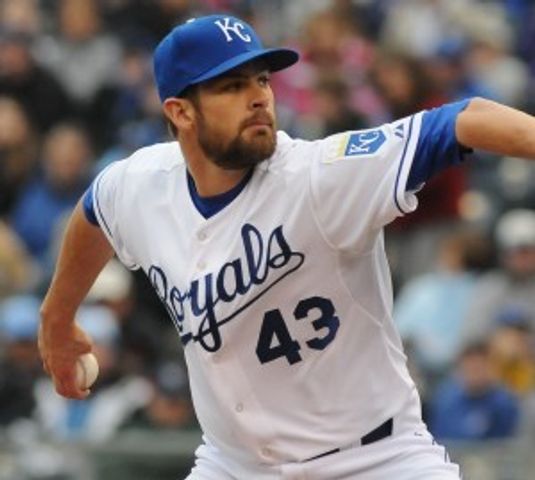 KANSAS CITY, Mo. (AP) -- Billy Butler hit a game-winning, two-run homer in the ninth inning Wednesday to give the Kansas City Royals a 2-0 victory over the Los Angeles Angels.

Jeff Francoeur singled with one out before Butler connected off Scott Downs (3-2). The ball hit behind the outfield padding in left-center field and bounced back into play, and the umpires initially ruled it a double before video showed it to be a home run.

Tim Collins (3-2), the fifth Royals pitcher, pitched 1 1-3flawless innings for the win. Felipe Paulino, who made his first start of the season after 19 relief appearances, held the Angels to four singles over five innings, striking out four without an issuing a walk.