Royals Swept Under the Rug 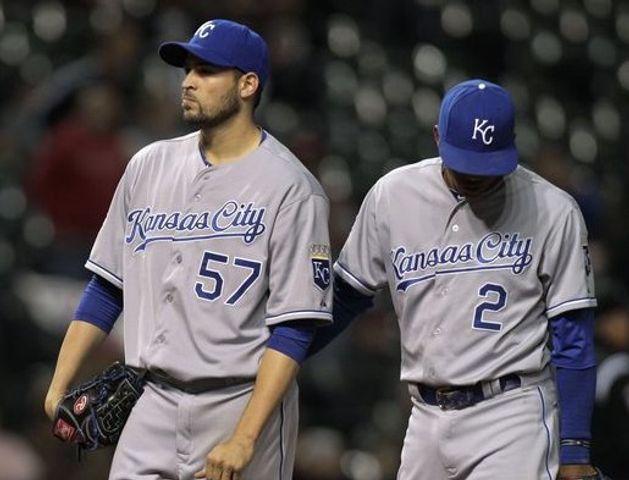 KANSAS CITY - The Royals took on the Angels at home on Sunday, with Jerome Williams starting to L.A. Here are your highlights:

In the bottom of the 2nd, David Lough hit a liner to deep right center. Lorenzo Cain scores, and Lough sits safe at 3rd with a triple. Royals lead 1-0.

Moving to the bottom of the 5th, Jerome Williams tries to pick off Alcides Escobar. George Kottaras scores to make it 2-0 Kansas City.

As the game moved into the 7th inning, Josh Hamilton hit a solo homer to right to bring the Angels within one run. In the same inning, JB Schuck smacks a double to left and Howie Kendrick scores. The game was then tied at 2. Angels' next batter Erick Aybar singles to left and lets Chris Iannetta score, putting the Angels up 3-2.

In the top of the 8th, Chris Iannetta whacked another single to center to let Mark Trumbo score. Angels up 4-2.

Halos go on to win it 5-2, thus sweeping the four game series. The Royals have lost five in a row, and eight of their last nine.