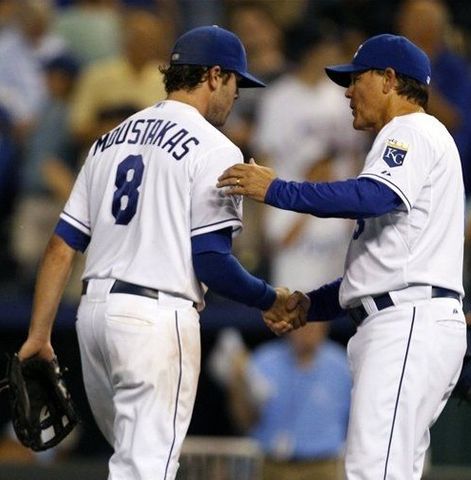 Sunday afternoon, the Royals tried to earn a split of the four game series. They played on Military Appreciation Day at Target Field. Here are the highlights:

By the 3rd inning, the Twins were up 1-0. Johnny Giavotella hit an infield single to allow Lorenzo Cain to score. Game was then tied at 1.

In the top of the 4th with the Royals up 1, David Lough doubled to deep right. Billy Butler scored, and Mike Moustakas beat the throw home. Royals up with a 4-1 lead. Next at bat is Giavotella who singled to center. Lough scores to make it 5-1 Royals.

Bottom of the 7th, KC up 7-4, Justin Morneau slams a 2-run homer to right and the Twins trail by just 1. Four batters later, Josh Willingham with a ground rule double to left, tying the game up at 7.

In the top of the 8th, David Lough gives it back to KC with a solo homer.
Royals would go on to win it 9-7.