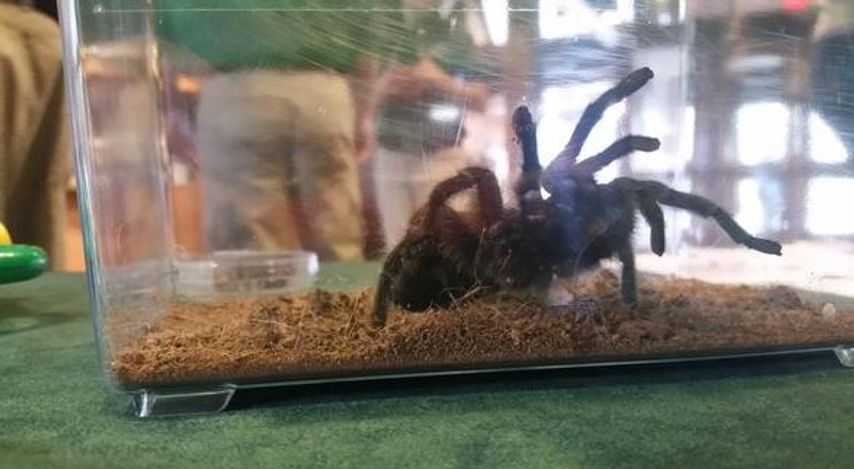 JEFFERSON CITY - Spiders covered the lobby of the Runge Nature Center on Saturday. The center hosted it's "Not-So-Spooky Spiders" event.

Becky Matney, Runge Nature Center naturalist, said the purpose of the event was to show the community that spiders aren't as scary as people think they are. She said they actually play a vital role in nature.

"They have a role to play," Matney said. "They have a special niche that they share. They are actually huge predators of many of our pests that we think of like mosquitoes, gnats, flies and they will go after large insects such as moths."

She said there are about 300 different types of spider species in Missouri. However, she said there is no need to be afraid of all of them because only two require medical attention if you are bitten by them.

"The brown rat recluse and black widow are the only two in Missouri that if they were to bite us we would need to go seek medical attention," Matney said.

She said all spiders do have some type of venom in them but the venom isn't always dangerous.

"So out of the 300 species, there are only two we need to be more knowledgeable about to be sure we are careful about them," Matney said.

She said she hopes the event showed the community the vital role spiders play in our lives and understand that not all spiders are scary.