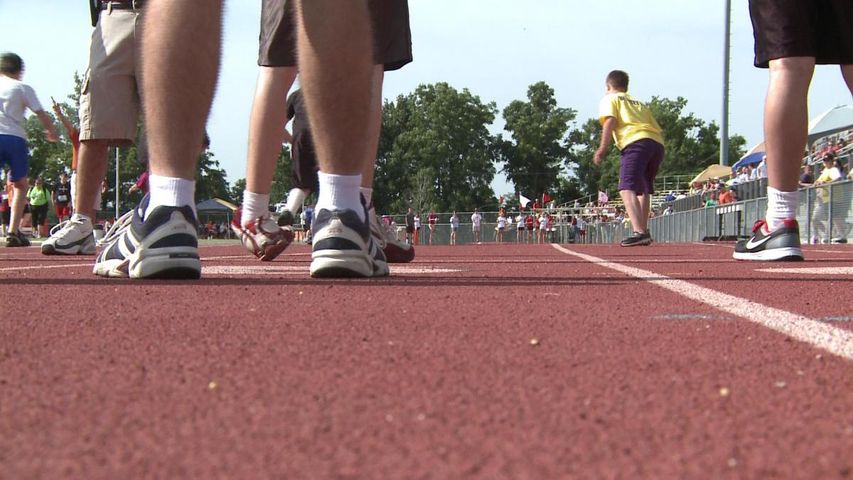 COLUMBIA - Runners set their marks as the races began Wednesday for the Missouri Special Olympic Summer Games. More than 3,500 athletes and coaches, along with families from across the state, are in Columbia for this year's competition.

Many competed for the first time Wednesday, but this day marked the last race for a long-time runner. 50-year old Thomas Tatro took his last strides in the long distance competition after 34 years. Tatro said his doctor told him he can no longer run.

"They found out I don't have much calcium left in my bones. So they're saying this is it for me," Tatro said.

Tatro ran 26 laps with a personal best time of 1 hour and 15 seconds.

He said he was nervous for his last race but all the support from his team and the crowd meant a lot.

"I love it because it helped me get through this one," Tatro said.

Tatro won his race and received a gold medal provided by the Columbia Police Department.

The State Summer Games will continue until June 1. For a schedule of the rest of the competitions visit www.somo.org.