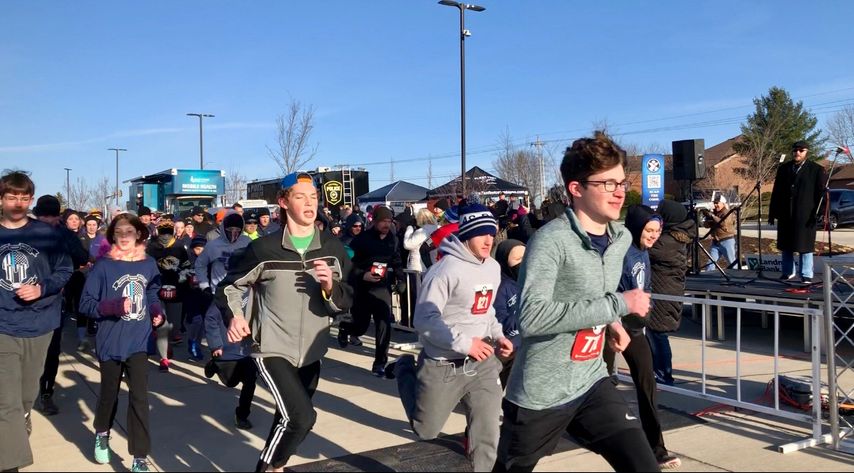 COLUMBIA - The 20-degree weather on Saturday morning did not stop the thousands of people who showed up to run for a cause.

Molly's Miles 5K, 10K and virtual run started last year as a way to honor the survivors of law enforcement officers who died in the line of duty.

"My husband is in law enforcement and knew Molly, so it was something I wanted to do to honor her and him as well," volunteer Kristen Fritschie said.

Christie Anliker and her husband founded the race in honor of Molly Bowden, a police officer who was shot and killed during a routine traffic stop in 2005. This year, the race raised over $30,000 for Missouri Concerns of Police Survivors (C.O.P.S), which provides resources and support for the families of fallen officers.

"There's retreats throughout the year...to help them deal with their grief but also to be with other people who know what it's like to have to deal with that situation," Anliker said. "So we're raising funds to help all of those families as well as honoring Molly."

Anliker said she hopes next year will have an even bigger turnout.

Emily Kamin, a first-time runner at Molly's Miles, said she was impressed by the energy of everyone at the race.

"I felt a lot of support around me as I was going through it," Kamin said. "This [event] was really important to band together and do something that's for the greater good."

The event was held at the Molly Bowden Memorial Park. The morning ended with first place awards for male and female runners in both of the races.