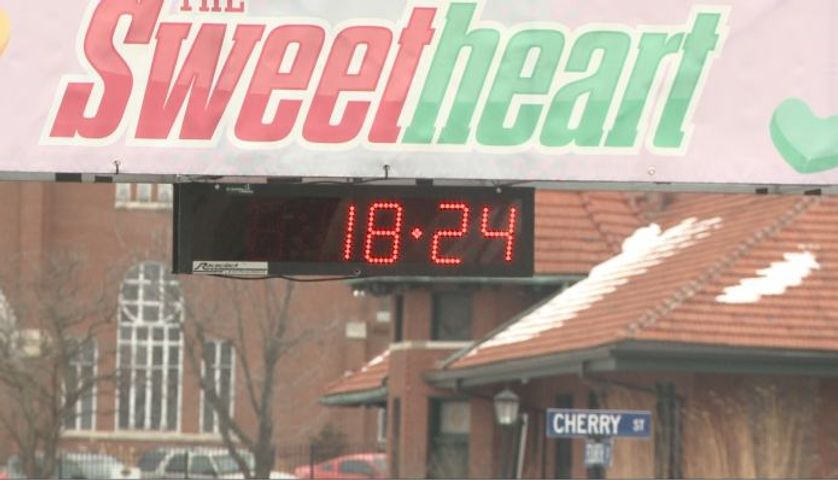 COLUMBIA - More than 200 people showed up to compete in the fourth annual Sweetheart Race Saturday. Temperatures were below freezing, but one runner said it was worth the cause.

"I'm wondering why I'm out here especially in this weather, but its for a good cause and I get to be with loved ones," Ashley Miller said.

The KC Running Company organized the Sweetheart Race and the event director, Brad Ziegler, said the charity event is a special one this year.

"The money will be donated to the Head for the Cure foundation to further brain cancer research throughout the country," Ziegler said.

Megan Weber and her husband participated in the Sweetheart race and said it's something they can do together.

"We just started running. It's something we can do together and it's for a great cause," Weber said.

"When the temperatures been as cold as it's been the best thing is to just be careful when you run, make sure to have good shoes and bundle up, especially your ears and fingers," Kassel said.

"There's been just enough warm weather prior to today to keep the snow and ice down off the streets," Ziegler said. "There's always the risk of some slick spots, but we've felt like anyone who wanted to come out and participate on a cold morning should have a chance to do so."

There were 14 other races across the state Saturday.  You can see the winners of the Sweetheart Race here.