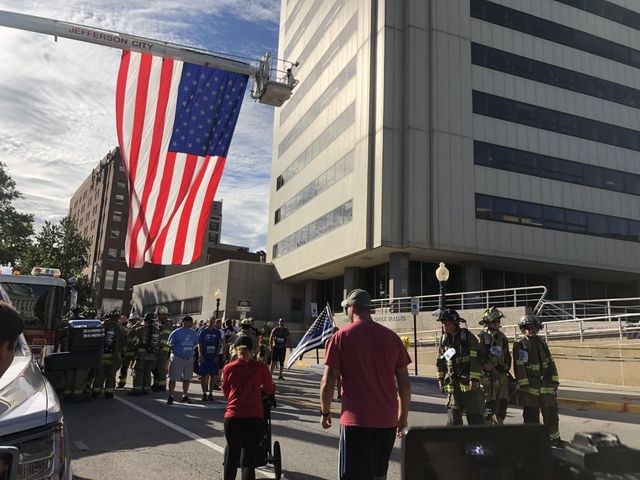 JEFFERSON CITY - The 4th annual Tunnel to Towers 5K was held at the Governor's Garden on Saturday.

This run benefits the Stephen Siller Tunnel to Towers Foundation, which was started in Siller's memory after he put on his gear and ran through the Carey Tunnel in order to help those impacted by the attacks on 9/11.

Siller died that day, along with 343 other firefighters, according to the Never Forget Project. The foundation provides financial support for the families of fallen first responders like Siller.

Others showed their support by carrying flags, wearing uniforms, and simply just participating.

Next year will be the fifth year of the event, and organizers are hoping for an even bigger celebration.