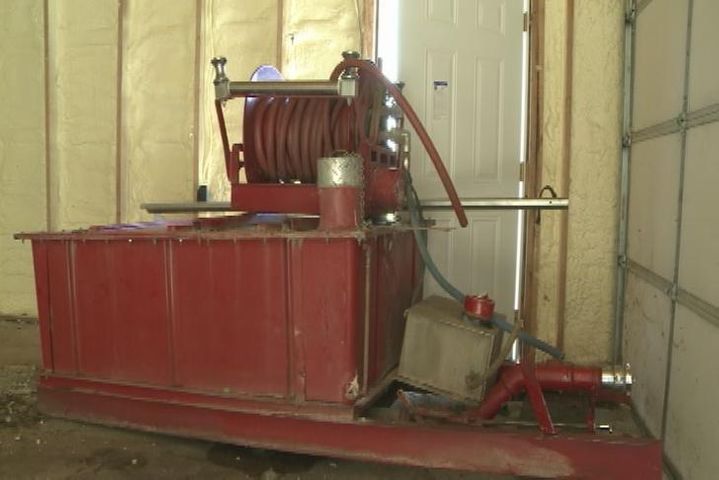 In one week, burglars twice broke into Crocker's Hawkeye Station, the most rural of the department's four stations. The burglars vandalized the station's building and stole what amounts to more than $15,000 from the station's skid unit, used primarily to supply water.

Hall said the stolen metal could make burglars a few hundred dollars, but it is nothing compared to what the department owes for a replacement unit.

"Our insurance won't cover the losses due to a technicality," Hall said. "So it's going to cost us around $15,000 to replace. That's almost four years worth of repairs when you look at our annual repair budget."

The replacement expenses will make security increases nearly impossible for the department. Hall said alarms and security cameras are out of the question.

"We'll send our guys out every now and then to check on the place," he said. "But until those guys are caught, it's difficult to be comfortable."

Hall said the department is hesitant to put any replacement equipment in the Hawkeye Station, meaning residents nearby may have to wait longer for a response.

"That's a seven-mile difference now," he said. "A fire can escalate quickly in seven minutes. It's a big difference."

The Crocker burglary comes less than two years after a similar burglary took place at a rural station in Shell Knob, Missouri, located in the southwest part of the state. Fire chief Rusty Rickard says his department never saw it coming.

"We built a new station to serve the area," he said. "And it happened in the middle of the day since there was nobody around. We totaled $35,000 in losses. Luckily our insurance covered it, but we still owed $5,000 in deductibles."

Rickard said his station has been fortunate enough to increase its own security measures.

"We had a number of alarm companies reach out to us and offer us a good deal," he said. "So in response, we've referred people back to them."