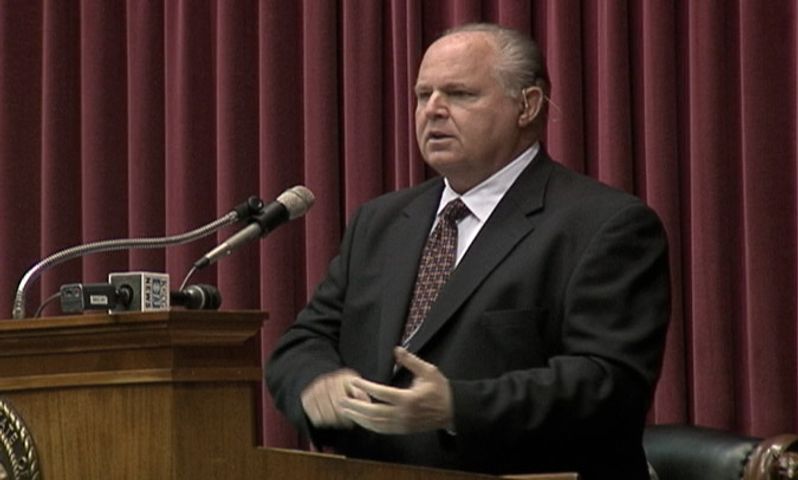 JEFFERSON CITY - After being inducted into the Hall of Famous Missourians last week, the bust of Rush Limbaugh was put on display Monday at The Capitol.

Limbaugh's bust was put up Monday morning just outside the chamber doors of the house.The bust came complete with a lengthy description of the controversial radio host's life and accomplishments.

The bust of George Caleb Bingham was moved by Capitol officials to make room for the Limbaugh bust.

The busts of Limbaugh's fellow 2012 Hall inductees, Dred Scott and Buck O'Neil, were also on display. O'Neil's bust does not have a name or written description. The Scott bust bears similar labeling to the Limbaugh bust.