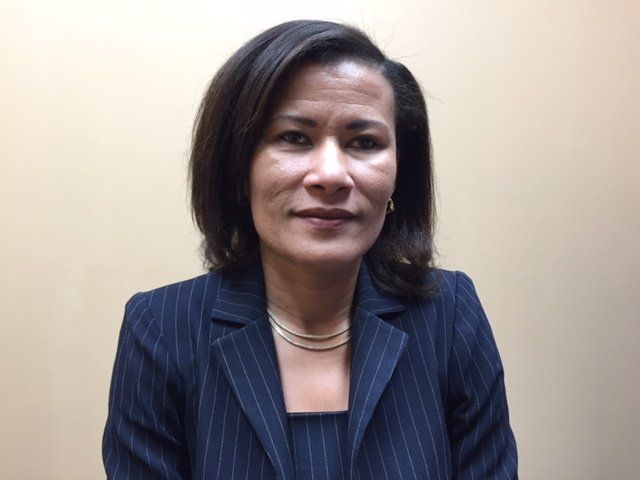 FULTON- Marie- Christine Williams spoke at Westminster College on Thursday. Williams is a survivor of the April, 1994 genocide of Rwanda.

Williams survived 100 days in the wilderness during the massacre. She was shot, cut with a machete and left for dead on multiple occasions and still managed to beat the odds and survive. Every one of her family members were killed, and she watched some of it happen.

During her lecture, Williams told the group that at one point she was in such bad shape that she couldn't even remember her name and had a hard time remembering certain things that happened to her.

"As a survivor of genocide, I know what its like to be desperate and looking for help," said Williams.

Williams goes around and speaks to large groups and tell her stories in hopes that she can entourage others, and explain to them why they can beat the odds.

"You don't have to survive a civil war to be a hero, we are all a hero of our own stories," said Williams.

While speaking, Williams mentioned the importance of changing our mindsets, saying "If we don't change the way we think, in 20 years someone else will be standing in my spot telling their story".

It took Williams 22 years to go public with her story. It wasn't until after the death of her husband that she realized she had a young son that needed to know her story of survival.

One student, Jospeh Opoku who attended the lecture, is originally from Ghana. He explained that he grew up hearing about the the Rwanda genocide, and has always been intrigued to learn more about the back story behind it.

"I learned a lot about what it means to survive, and why it's important to keep going," said Opoku

Williams has also written a book to share her story, the book is titled "The Dark Side of Human Nature: The Rwandan Massacre of of April- July , 1994 A Personal Story."

Westminster President Benjamin Ola. Akande, made it possible for some students to to get a free copy of the book, and Williams stayed after to sign them and chat with students.