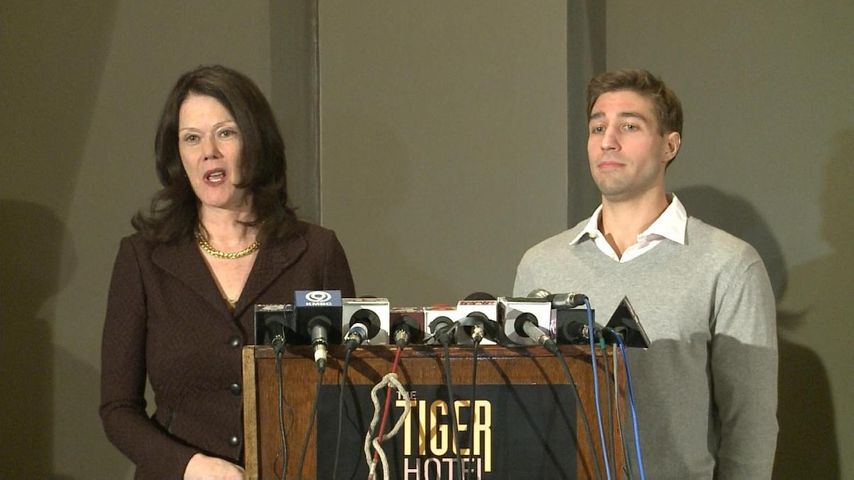 The lawsuit, filed in the U.S. District Court for the Western District of Missouri, states Ferguson will pursue $75 million in compensatory and actual damages and $25 million in punitive damages and demands a trial by jury in relation to all issues stated in the lawsuit.

The lawsuit, which thoroughly details the police investigation and court cases, alleges police took missteps in the investigation; fabricated evidence to "induce" Ferguson's alleged accomplice, Charles Erickson, to implicate and testify against Ferguson; and conspired to implicate Ferguson.

It also alleges that members of the Prosecuting Attorney's office conspired to implicate both Erickson and Ferguson and that prosecution withheld evidence and testimony that could have aided Ferguson's case.

Count I - pursued against Haws and the officers - alleges the destruction and/or suppression of exculpatory evidence and Count II alleges officers fabricated evidence.

Counts III-VI, pursued against Haws, White and officers, allege a "reckless or intentional failure to investigate," "malicious prosecution," "conspiracy to deprive constitutional rights" and a "failure to intervene."

Count VII alleges "false arrest" against all officers, while Count VIII alleges "defamation" against Crane and Boehm. Count IX - the final allegation in the lawsuit - alleges "indemnification" against the city of Columbia and Boone County.

Ferguson was found guilty of 2nd-degree murder and 1st-degree robbery in the murder of Columbia Daily Tribune sports editor Kent Heitholt in December 2005.

His charges were vacated after a writ of habeas corpus was filed in the Western District of Missouri Court and upheld in November 2013, when it was determined a Brady violation had been committed and he was released from prison.

This is a developing news story - check back for more details.