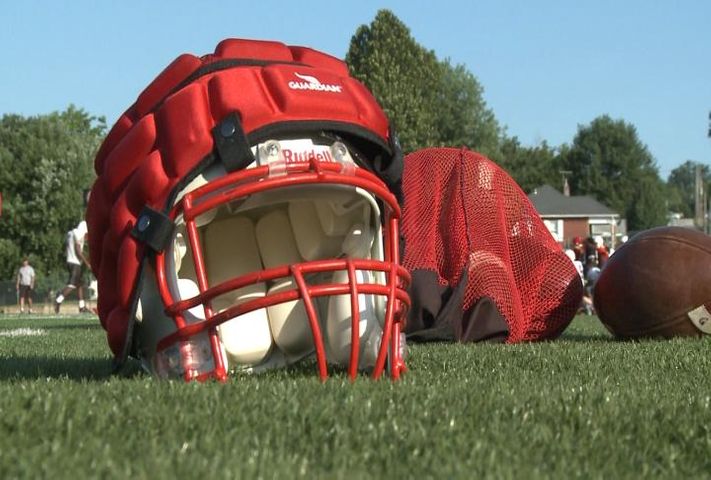 JEFFERSON CITY - The Jefferson City High School football team started using Guardian caps on their helmets for the first time Monday in order to help reduce the blow to the player's heads.

"We've had them on now for a couple days. Some of our coaches have come in and said they feel like they're helping," said Ted LePage, Jefferson City High School Football Coach.

Guardian caps are soft shells that fit over a regular helmet. According to Guardian, the caps help reduce impact to the head by 33%.

The high school had enough caps for about twenty players, due to the expense.

LePage said he realizes that there is no way to completely eliminate concussions, but this is a step in the right direction.

"We are going to try and do everything we can to put our players in the best opportunity to be safe. Teach them the fundamental rules, teach them everything it takes to be as safe as we possibly can," said LePage.

Team members say the new caps are doing their job.

"It works. I mean my head has not been hurting," said Hayden Strobel, Senior Linebacker. He said knows of one player who used to complain about the pain now says it doesn't hurt at all.

The team has improved safety in other areas, such as different mouthpieces.

LePage said, that while the caps are expensive, he hopes to have enough for the whole team in the coming seasons.

According to Guardian.com, Jefferson City is the first team in Mid-Missouri to use the caps.