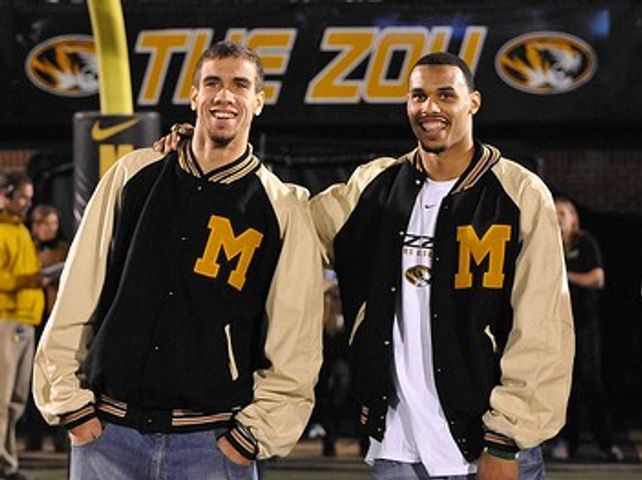 COLUMBIA - Former Missouri Tigers Justin Safford and Keith Ramsey are teammates once again. The duo officially signed professional contracts with the club LF Basket Norrbotten of the Swedish Basketball League on Wednesday and will head overseas in August to begin preparations for next season.

One of the league's more successful clubs, LF Basket is located in Lulea, Sweden, and has won seven Swedish Championships since 1993.

Safford and Ramsey spent two seasons as teammates for the Tigers. They helped the club to a school record 31 wins and a Big 12 Championship in 2009 and won 23 more games and returned to NCAA play in 2010. Safford missed a portion of that 2010 season with a knee injury, but returned in 2011 to help Missouri make its third consecutive NCAA Tournament and win 23 games for the second consecutive year.

"It's something I'm looking forward to," Safford said. "Keith and I played well out in Las Vegas and it's a great opportunity to have a chance to start my professional career in a great country and in a great city."

As Safford mentioned, both former Tigers caught the eye of the club at a Las Vegas showcase event just two weeks ago. Now fully healthy, the 6-foot-9, 235-pound forward flashed a consistent offensive game and scored a game high 34 points in one outing.

"It was a great weekend," Safford said. "I felt comfortable out there and now to have us on the same team it will really help with any transition to a new country and a new culture."

The Bloomington, Ill., native finished his senior year averaging 6.4 points and 3.6 rebounds. He scored a season high 16 points vs. North Alabama and poured in 11 points in the win over Illinois in the annual Busch Braggin' Rights game. Safford graduated from Mizzou in May 2011.

Ramsey was a defensive menace for Missouri during his two seasons in Black & Gold. The Murfreesboro, Tenn., native blocked 69 shots throughout his career and averaged a career high 6.4 points and 5.9 rebounds in 34 starts as a senior.

"It's a great chance to continue playing basketball and see the world," Ramsey said. "I'm learning more and more about the city and it looks like we are going to a real nice place with great people. And having Justin there makes it that much easier."

Ramsey has one season of professional basketball under his belt. He played in Spain for a portion of the 2010-11 season, but returned to Columbia, Missouri to finish his degree this spring.