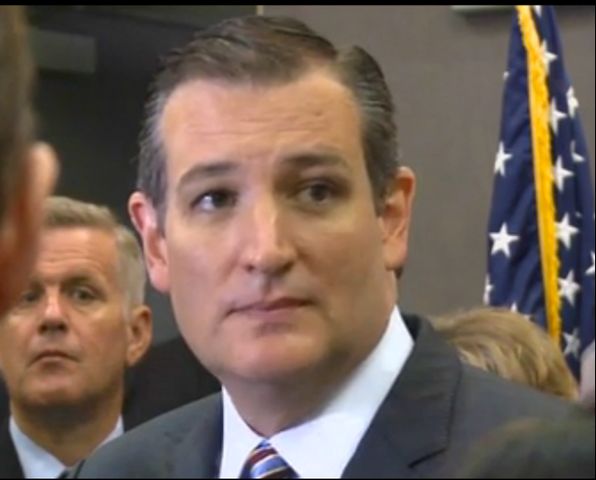 Sen. Ted Cruz gave the first speech of the day to a crowd of supporters, sharing with them the five things he plans to do on his first day if elected president. One of those things was opening an investigation on Planned Parenthood. An organization that he blamed President Obama for funding.

Sen. Rick Santorum shared his stance on immigration; saying he would do anything to protect the U.S. southern border. Even if that meant building a wall. A wall that he said should be built by American jobs, not Mexican workers.

However, Santorum told the crowd that it should be his consistency in past policies that should earn him their vote over the other GOP candidates.

Don Griffin lives in Ballwin and attended the event. He said he does not plan on voting for Santorum. After Santorum finished his speech, Griffin asked the senator about things he addressed in his speech. In particular, he addressed the senator's decision to support the US invasion in Iraq in 2003.

"I certainly am not going to vote for anybody who places the United Nations and NATO as superior to the people of this country. Yeah, it's wrong," Griffin said.

Sen. Rand Paul spoke to crowds during a dinner at the end of the evening. He focused on upholding traditional family values.

Sen. Paul emphasized the social and economic benefits of marriage. He also said the culture wars debate is not constructive and noted the difference between freedom from government and freedom from morality.

"We want government to leave us alone, but some people misunderstand this quest for liberty for a quest for a society where everything goes," Paul said.

It was also a special night for the Paul family as his mother, Carol Paul, received the "Homemaker of the Year" award. It was presented to her by Phyllis Schlafly, a conservative activist and the founder of the Eagle Forum.