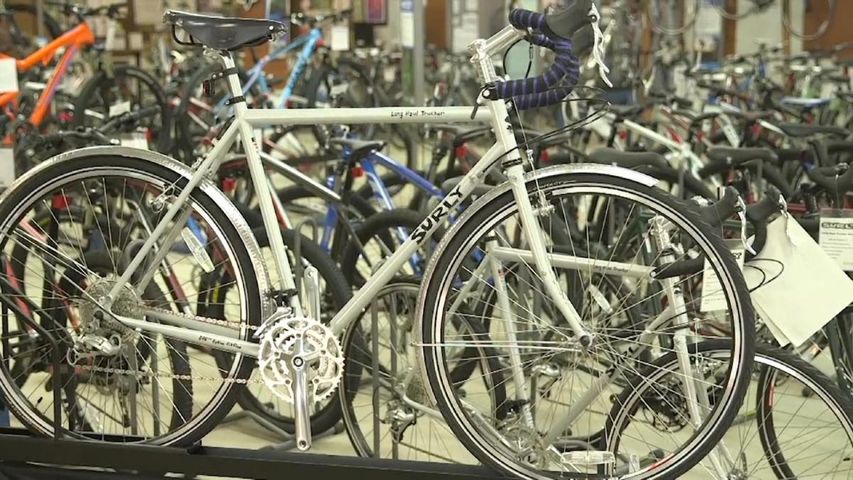 The Commission is not taking a stance on the sales tax, but said it was disappointed none of the new trail projects recommended to MoDOT's Central District Office were on the project list.

Avid bike rider Rachel Ruhlen said she supports the amendment, but said she is disappointed more money was not set aside for more bike and pedestrian transit.

"Well regionally there were some projects that were suggested that we would have liked to see, but state-wide we would like to see a state-bicycle-plan or bike-ped plan kind of a master plan."

· Improving public transportation in Columbia by adding two service hours daily.
· Constructing a sidewalk along West Broadway from West Boulevard to Maplewood.
· Constructing a sidewalk along Garth Avenue from Worley to just south of Sexton Road.
· Reconfiguring and adding directional ramps to the I-70/Rte 63 interchange in Columbia.
· Extending Rte 740 (Stadium Blvd) from Rte 63 interchange in Columbia.

The commission made a point to say it is not advocating for the Amendment. It is just informing people about it.

Columbia resident Joe Alder said sidewalks, even the new ones, could use repairs.

"We're trying to catch up now, and I think that's in the plans and the ideas that both many groups and individuals have," Alder said. "But, I think it's going to take a lot of work and a lot of involvement from the community to make sure it happens."

Alder also said he thinks the bicycle community in Columbia has a larger voice compared to the pedestrian community and is able to get its point across more efficiently.