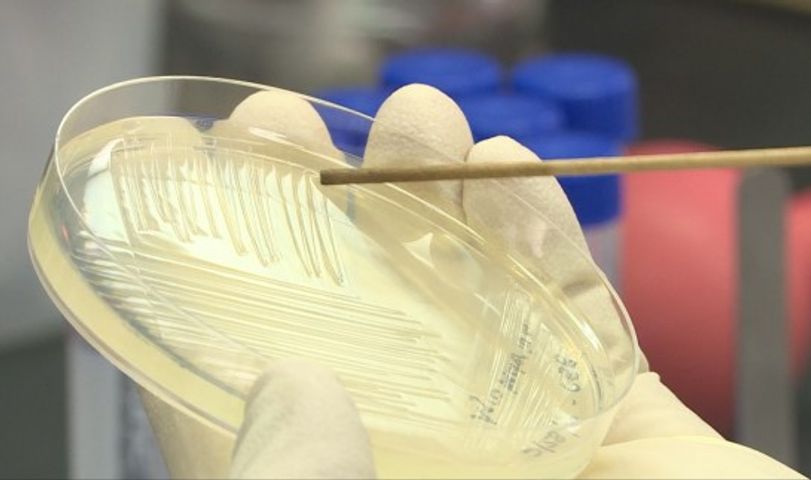 COLUMBIA – A new study shows that use of salmonella bacteria could help cure cancer.

Scientists at the Cancer Research Center and the University of Missouri have developed a non-toxic strain of salmonella, which will help penetrating and targeting cancer cells.

"This is a pretty big deal,” said Robert Kazmierczak, a senior investigator at the Cancer Research Center.

"This will mean that cancer patients will have the cancer drug they need targeted, concentrated and directly at their tumor. It will most effectively kill the tumor and minimize side effects, because drugs are not spread into healthy tissue," said Kazmierczak.

Salmonella bacteria has been known for being a leading cause of illness among Americans. According to the Centers for Disease Control, 48 million Americans contract food borne diseases every year.

The researchers hope that the results can lead to new treatments that will actively target and control the spread of cancer.

In the future, the researchers hope that other diseases can also benefit from the non-toxic salmonella bacteria.

"Now we are focused only on cancer, but the ability and knowledge that you can target other kinds of problems could mushroom into something else than cancer. It could be diabetes, brain injuries or Alzheimer's Syndrome, but that is in the future," said Abraham Eisenstark, scientific director at the Cancer Research Center and professor emeritus of biological sciences in the MU College of Arts and Sciences.

The next stage of the research will be testing the non-toxic strain in dogs, that has a size easier to compare to humans.