Salmonella cases on the rise in Mid-Missouri 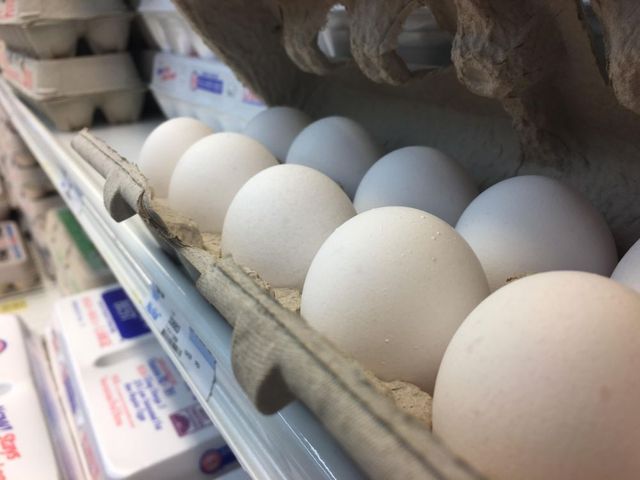 MID-MISSOURI - There were 36 reported cases of salmonella in Mid-Missouri Monday, with the majority of cases reported out of Cole County.

Jefferson City officials first started receiving reports of salmonella between April 5 and 11. Of the 36 people, 14 ate at the same restaurant in Jefferson City.

The Cole County Health Department is unable to reveal the name of the restaurant under investigation, mostly because they aren't positive the restaurant is to blame.

"We can't say for sure because we weren't able to obtain any food samples from that restaurant to do testing from," said Cole County Health Department Director Kristi Campbell. "It's just a coincidence that 14 people happened to eat there that also got sick."

All 36 individuals have the same strain of salmonella, according to the Missouri Department of Health and Senior Services' state public health laboratory. All of the samples taken had a matching Pulsed-Field Gel Electrophoresis (PFGE) pattern, which acts as a fingerprint for strains of salmonella.

"It's a very common strain found in chicken, in eggs and in beef," Campbell said.

Though it's common, this strain can be particularly severe. Common symptoms for this strain include diarrhea, fever and abdominal cramps.

"We have had several people that have had to seek medical attention because of dehydration," Campbell said.

The Cole County Health Department is working with the Missouri Department of Health and Senior Services to figure out what caused the outbreak by sending out expanded questionnaires to the 36 affected people.

"Salmonella can take six to 72 hours to get you sick. They're asking them questions about things that they have eaten or been exposed to in those three days prior to the onset of illness," Campbell said.

It could take at least a few weeks to process the questionnaires, which are dependent on the 36 individuals' cooperation. Officials still have to identify the source of the strain, which can be very difficult.

"Sometimes you never figure it out, because there wasn't food sample to be taken or the cases just go away. It's really hard. I wish it was more cut and dry, but it's not," Campbell said.

To avoid contracting the disease on your own, stay away from eating raw eggs, poultry or beef, or keep those raw products from touching edible food. If you handle baby chicks or reptiles, make sure you wash your hands after touching them.

"It's not just food, you could get infected other ways from handling things that had salmonella," Campbell said.