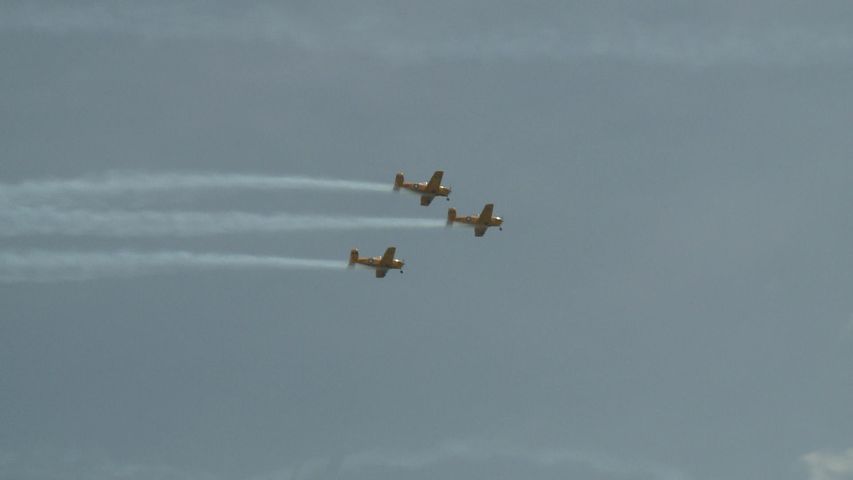 "Both who have served and are serving," said Nancy Field, Salute to Veterans Media Chairman. "Strictly to honor and remember them."

The theme of the event was 'Never Forget Their Sacrifices' and was put together with the help of more than 3,000 volunteers. It included different speakers to honor veterans, and static plane displays where people could learn more about different wars.

"People can come in and actually walk through World War II planes and see World War I planes," said Fields.

Dick Lemons of the Kansas City Dawn Patrol thought there was a lot of information available. "People can learn a lot about new airplanes and old airplanes."

In additional to the displays the Salute to Veterans Corporation also put on an air show, featuring the Lima Lima Demonstration Team and many others.

Johnathan Mallot thought the event was great for kids. "I have two children and they enjoy seeing the planes and the parachutes, and it also helps reinforce what Memorial Day is about."

The Salute to Veterans Corporation is a not-for-profit, private organization dedicated to honoring and thanking all veterans of the U.S. Armed Services. It will be ending its Memorial Day Weekend celebration with a parade in downtown Columbia Monday morning.