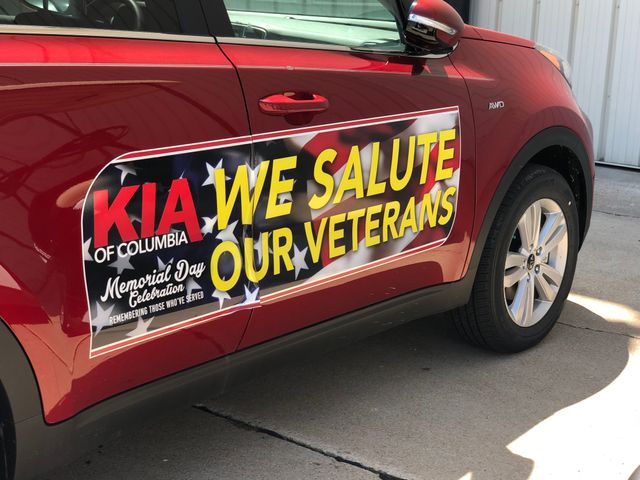 COLUMBIA – Memorial Day is a holiday to honor our fallen veterans and those serving, and the Salute to Veterans Corporation has events planned Monday for mid-Missourians to do just that.

A wreath laying ceremony, parade and Salute to the Armed Forces are happening around Columbia. Here’s the schedule for Memorial Day:

Mike Randerson is a Vietnam War veteran and organized the Salute to the Armed Forces event. He said that along with enjoying the Memorial Day events, we should remember the fallen and our veterans on this day.

“I hope they’re doing something wonderful with family and friends on Memorial Day, but I also hope that some point in the day they can either attend an event, or just spend a moment reflecting on the meaning of the day,” Randerson said.

Randerson said soldiers will demonstrate jumping out of military planes and will land at Columbia College’s stadium during the Salute to the Armed Forces event.

Brett Hendren is in charge of the parade. He said this year’s parade is the largest parade he’s organized for this celebration so far. The parade will feature 18 more entries than last year’s, according to Hendren.

“You think about all the names on the memorials here, and you think about the families. You think about what you, yourself, have done and the people you’ve lost while serving, and you know all of those memories are there,” Corcoran said.

Corcoran and Randerson both said they look forward to honoring this holiday during Monday’s events.