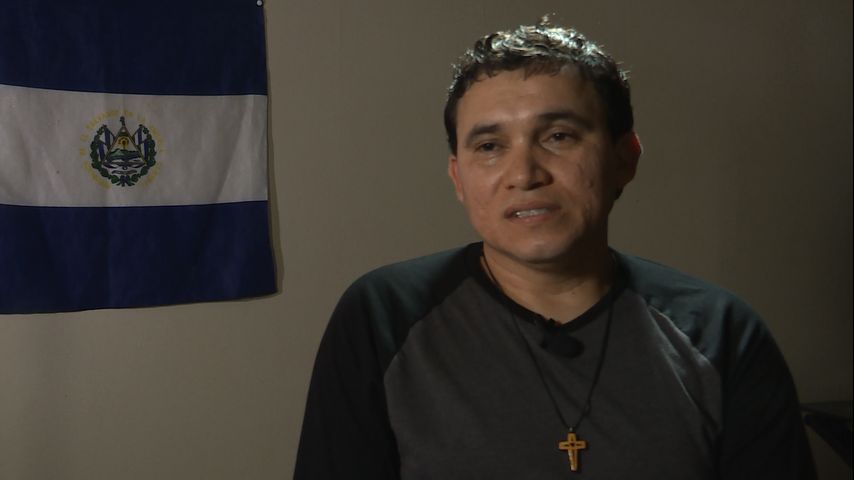 MARSHALL – One Salvadoran family in mid-Missouri could be split up with the end of what is called TPS or Temporary Protected Status.

Santos Abel Rubio and his wife both have TPS but their three children are U.S. citizens.

"It would be terrible, horrible, psychologically, both for me and my wife, to leave our kids here, maybe with different people," he said.

Salvadorans became eligible for TPS on March 9, 2001 after a series of earthquakes there. Although a law allows for an initial period of the protected status of no more than 18 months, the Bush and Obama administrations extended the TPS for Salvadorans 11 times.

Immigration attorney Jessica Piedra said, in order to be eligible, Salvadorans must have been in the U.S. already when the TPS designation was announced, even if they were undocumented.

"They could've entered either with a visa and overstayed or entered without a visa," she said. "Probably, most of the Central American countries had arrived without a visa, most had come following the civil wars."

Rubio said he came to the U.S. undocumented. When he left El Salvador, he was able to say goodbye to his mother but not his father and two of his siblings.

"I remember I told her, I gonna work hard, so I am gonna send you some money to buy food, and buy some medicine, and all the stuff," he said. "I remember, she started crying, and I gotta leave, so I have to go. It wasn't easy for me to leave my mother, in the house, by herself crying."

Rubio is one of approximately 300,000 TPS beneficiaries. He said he left his home country in 2000 looking for better work opportunities to help his family.

"In El Salvador, we try to working the best we can but there is not too many opportunity," he said.

The same law that created the TPS allows the government to terminate the designation "if the Attorney General determines that a foreign state (or part of such foreign state) no longer continues to meet the conditions for designation."

In a press release, Homeland Security justified the termination, saying that "based on careful consideration of available information, including recommendations received as part of an interagency consultation process, the Secretary determined that the original conditions caused by the 2001 earthquakes no longer exist."

Piedra said the recovery from the 2001 earthquakes should not be the only criteria used by the government to justify the termination of the TPS for El Salvador.

"El Salvador, Honduras, the main countries, are two of the most dangerous countries in the world, at this point," she said. "As people who have lived in the United States, it's obvious when they return to their countrymen they'd be targeted for extortion, murder from the gangs thinking that they come back with money, which may or may not be true."

She also said TPS recipients would have a hard time to get into the workforce in El Salvador.

"A lot of them are maybe 40 years old if they've been here for 20 years," Piedra said. "There's a lot of discrimination in Latin America against even folks who are over 35 to find employment."

Rubio said it would be hard.

"I wouldn't be able to work like I do here because there are no jobs," he said.

Rubio's plan was to come to the U.S. for only five years, but he has not gone back to El Salvador in 18 years.

"I wish I could go visit them but I am afraid that with TPS to go out and not be able to come back," he said.

Piedra said TPS beneficiaries would have limited options to apply for a legal status in the U.S. after the end of the program.

"A lot of them have children that are close to turning 21, that's how old a U.S. citizen child has to be to assist their parents," she said. "There's a lot of regulations with that, though, and a lot of families are not eligible to come through those routes. If their children are younger, they may not have any option and they may be facing deportation at that time."

Rubio and his wife could face deportation because all of their children are underage and far from turning 21.

Salvadoran beneficiaries alone have 192,000 U.S-citizen children. That is according to court documents in a lawsuit between TPS beneficiaries and Homeland Security, filed in the Northern District of California.

"The loss of legal status for these TPS holders is projected to cost $132.6 billion in GDP (due to lost earning as well as decreased industry outputs), $5.2 billion in Social Security and Medicare contributions, and $733 million in employers’ turnover costs," according to the documents.

For that reason, Piedra said, "it would be very difficult for employers if all of a sudden 300,000 workers were removed from our economy."

Amid their uncertainty, TPS recipients received good news. On Oct. 3, the United States District Court for the Northern District of California granted a motion that ordered Homeland Security to stop the termination of the program until a lawsuit, Crista Ramos, et al., v. Kirstjen Nielsen, et al., is resolved.

"I told my family, let's keep in praying for there won't be nothing that would come to separate my family, our family," Rubio said. "We need to be strong, you know, and prayer for those who have those cases in their hands for them to making good decisions, not only for me, for many, many families with different countries, here in United States."

In the court case, TPS beneficiaries are challenging the decision of the Trump administration to terminate the Temporary Protected Status for four countries, including El Salvador.

Piedra said the decision of the California court does not mean that the Temporary Protected Status would not end.

"Like the DACA lawsuit, they're expecting appeals, it'll go to the appellate court next," she said. "That takes several months, that one is California, so it'll go to the Ninth Circuit which is generally friendly to immigrants, so we'll see what happens there. If it's appealed, I'd expect it to be appealed to the Supreme Court."

Piedra said Congress has the possibility to create a path for TPS recipients to get a permanent legal status.

"We're long overdue for a permanent solution that really would incorporate these families into the United States," she said. "Most Americans, I think, understand that we have invested in these families, their children have grown up in our schools, and that it would cost us more to deport them than to then incorporate them fully into our society."

Despite Rubio's fear of being separated from his family, he said, in Spanish, he is certain about one thing.

"We are not citizens of this Earth," he said. "We are citizens of heaven and we should make an effort to have a good relationship with God and look at each other as brothers and sisters, which is what we are."