Salvation Army $60,000 Behind on Local Donations 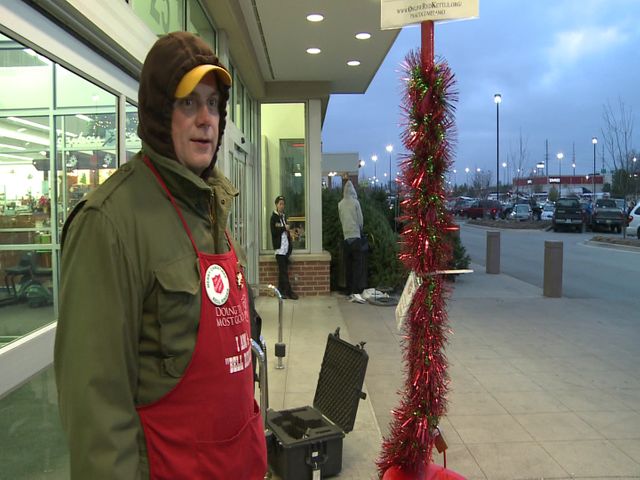 COLUMBIA - The local Salvation Army chapter is struggling this season to meet their goal $341,000 in monetary donations. Currently, they are more than $30,000 behind. They are also $30,000 behind in Jefferson City.

Kendall Mathews, the regional director at the Salvation Army, said he really hopes the community is able to pull together in the next few weeks and meet the Red Kettle goal. If not, he's worried there will have to be programs cut in next year's budget.

The local chapters of the Salvation Army rely primarily on money raised in the area during the Red Kettle campaign to fund next year's budgets. This means the local chapters will have to cut programming if the goals in Columbia and Jefferson City aren't reached.

Mathews said a large part of the problem is simply keeping the locations for the campaign staffed with a bell ringer. In Columbia alone, there are 27 locations for people to donate. However, sometimes there aren't enough volunteers to stand outside and ring. Mathews said volunteers are something the Salvation Army could really use to help meet their goal this year. The Red Kettle campaign will run until Christmas Eve.

For more information on how you can volunteer to ring, donate, or be involved with the Salvation Army this holiday season, you can visit their website.