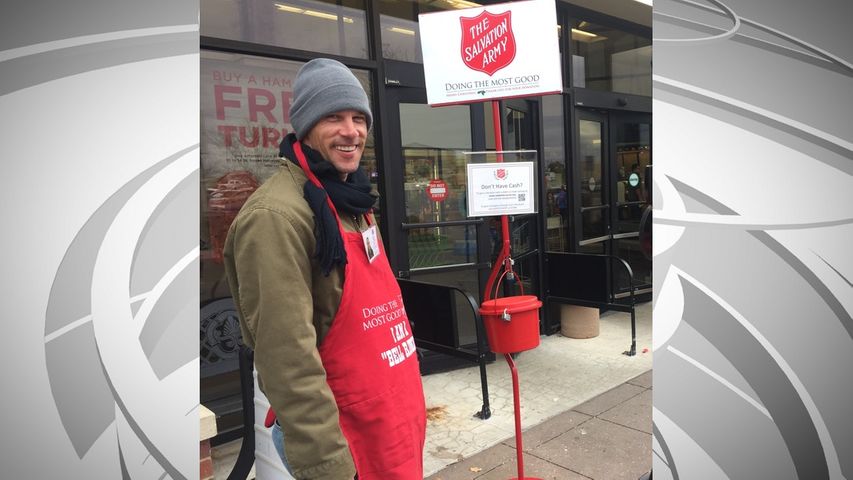 JEFFERSON CITY - It's beginning to look and sound a lot like Christmas. Salvation Army kicked off its annual red kettle campaign Saturday in Jefferson City. Last year, the campaign raised $274,000, and Salvation Army is looking to make that its goal again this year.

"This allows us to ask the community to come out and celebrate the beginning of our season with us," White said.

The ceremony included several speakers and the presentation of the Red Shield award. Huber and Associates was the recipient.

Sondra Allen works for Huber and Associates. She said she's honored to accept the award on behalf of her employer.

"We work with Salvation Army throughout the year," Allen said. "We are truly blessed to work for a company that not only allows us to do community service like this, but encourages it and models it by our employers."

New to the campaign this year is a digital component. People can now donate online or by texting "Jeff City Hope" to 41444.

"I know a lot of people don't carry cash with them anymore," White said. "I mean, I certainly don't, and we are aware of that. Currently if you just have a card, we don't have a way to swipe that at the kettle, but this way people can donate online and use that card."

White said the holiday season is a joyful part of the year for him.

Marty Smith is a first time bell ringer. He said volunteering for Salvation Army is something he really enjoys.

"They've helped me out in the past," Smith said. "So, to volunteer really makes it feel full circle."

Smith signed up for an eight hour shift ringing the bell, but volunteers can sign up for as few as two hours. White said the best way to sign up is by calling Salvation Army directly.

White said he wants to tell the community 'Thank you' for its support.

"We have 40,000 people here and our goal is $270,000," White said. "We know that's a large goal but we know when the community comes together we can make some awesome things happen."

Bell ringers will stand outside places like HyVee and Schnucks from Nov. 11 until Dec. 23, Monday through Saturday.