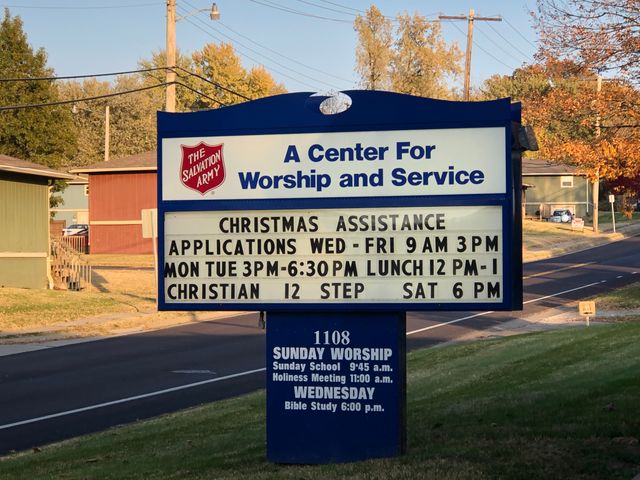 Major Nancy Holloway is the Area Coordinator for the Salvation Army.

“I was at a couple of the housing development units around the community and we saw increases in those numbers too.”

The Salvation Army has only been accepting applications for three days and will accept applications until Friday.

"This is what Christmas is all about, is sharing with individuals that are in need. The community coming together and celebrating the reason behind the season," Holloway said.

The Christmas Assistance Program is funded in part by bell ringers. They stand outside businesses like Hy-Vee and Walmart and collect donations for the Salvation Army.

Holloway said there are several paid bell ringers and the rest are volunteers.

Erica Quann, a Columbia resident, says she applied to be a paid bell ringer.

This is Quann's first year being involved with the program and she says that she applied not for herself, but for others.

Quann says she will not be using any of the money she earns as bell ringer on herself.

"I'm going to go out there and find people that are homeless, don't have nowhere else to go...get them clothes, food," Quann said.

The Salvation Army posted a flyer on Facebook with the rest of the days and times residents can come in and apply. Those that wish to apply for the program need to bring a photo ID, proof of residence in Boone County, and proof of all household income.