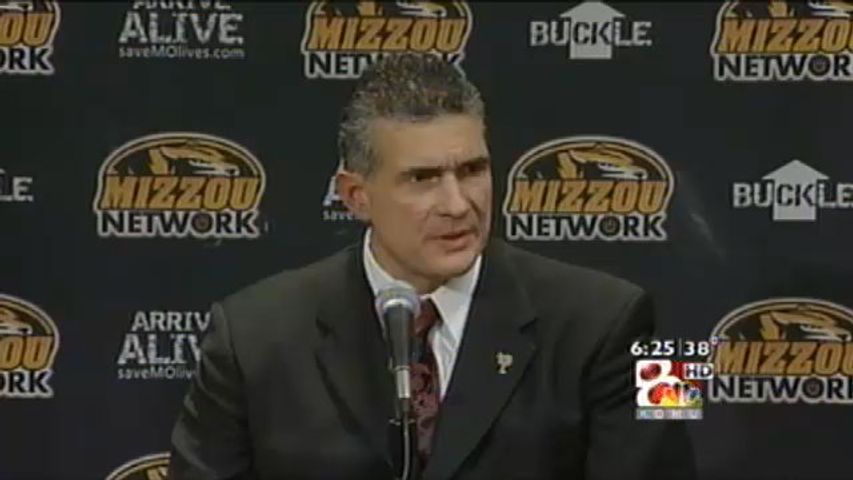 COLUMBIA -- A familiar face returned to Mizzou Arena Tuesday night, but this time he was not wearing royal purple, he was wearing garnet.

This time the Tigers came from behind and beat a Gamecocks team that has only one conference victory, "we went through a three or four minute stretch where we had an open look and we missed it. We took a bad shot, turned it over, and that's a jailbreak," Martin said following the 71-65 loss.

Martin recognized the mistakes his team made saying, "this is game five of league play, and it's five games with under two minutes to play that we've got a chance to win the game -- and we're one and four."

Martin left the Wildcats after four consecutive 20-win seasons to takeover the Gamecocks -- a team that went 10-21 last year finishing last in the SEC.

"When I made the decision to leave the Big 12 -- missing the environments that I've been exposed to in the Big 12 was a sad moment for me, because it's just incredible homecourt environments," Martin said.

Mizzou hopes to return the favor and complete a two game sweep of Martin's team this season, when the Tigers travel to South Carolina on February 28.