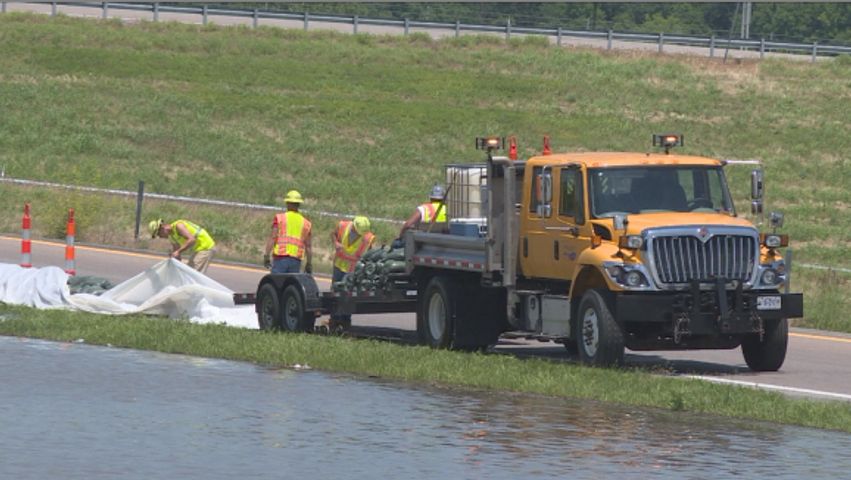 Flood waters have slowly rose close to the southbound ramp of Highway 63 that connects to westbound Highway 54. The water was about two feet away from the lowest point of the ramp.

Crews started sandbagging around 1pm and stopped before rush hour traffic. They picked up after 6:30 p.m. and were planning to work through the night and finish up Thursday if needed.

MoDOT District Maintenance Engineer Jason Shafer said it is a “proactive measure.” Shafer said the last time MoDOT had to sandbag that area was the flood of 1993.

“The water is getting close to these low spots and we’re just trying to keep water off the pavement.”

Shafer said he doesn’t expect water to get on the roadways and has hopes flood waters will start to recede.

“So far the water level is significantly less than what it was in ’93. Southbound lanes of 63 were substantially lower at that point in time, they were raised some amount and they’re higher than what they were in ’93,” he said.

Shafer said the biggest thing drivers need to know right now is to not drive through flood waters.

“If they do see a road that is under water just turn around, no point in drowning.”