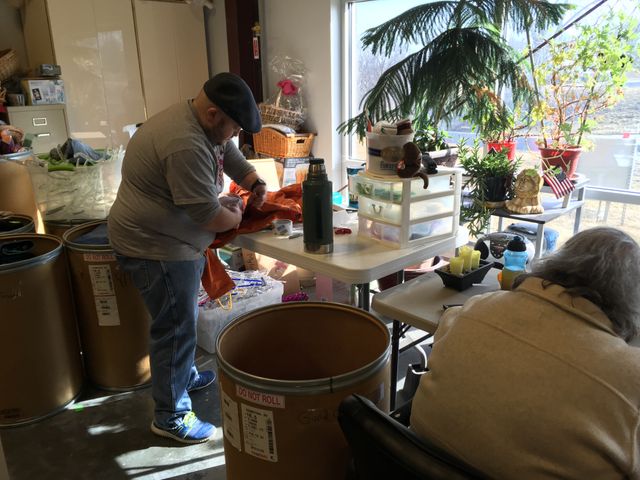 BOONVILLE – For some people in town, “savvy” is not just an adjective.

Savvy Seconds is a store just past Boonville High School. It is known for its unique knick-knacks and used clothing sold at a cheap price. Savvy Seconds is influenced by the donations it gets, and workers often use Pinterest ideas as a means of displaying items.

However, it is also known for its employment service. Savvy Seconds is a part of Boonslick Industries, Incorporated. This means the store is a member of a program helping employ people with disabilities.

“I love coming to work every day,” Rob Adams said.

Adams has VATER syndrome. It stands for vertebrae, anus, trachea, esophagus and renal. According to Adams, he also has a mental illness.

Eight years ago, Adams was living in a group home when Savvy Seconds hired him.

“I have met some pretty great people,” Adams said.

Ten of the Savvy Seconds workers have disabilities. These range from developmental, physical and psychiatric disabilities.

Though Adams has been a worker for eight years, his work is now paying off. Two months ago, he was able to move into his own apartment.

Groves describes him as a very “dedicated employee.” She said he has rarely missed a day of work in all of the days he has been there.

“It gave me a different outlook on life,” Adams said. “I became more open-minded.”

He said the opportunity he was given at Savvy Seconds has inspired him to achieve a new goal: he wants to get a college degree.