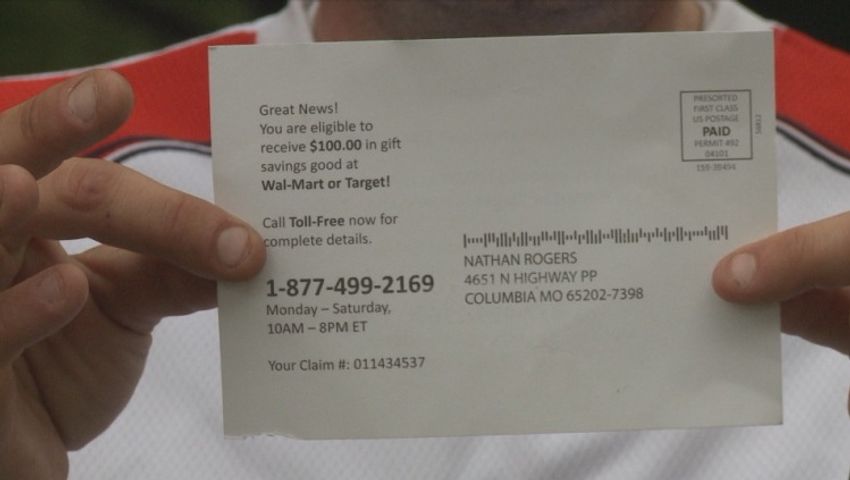 COLUMBIA - Nathan Rogers received a piece of mail that congratulated him on winning a gift card worth $100 to Wal-Mart or Target.

When Rogers called the toll-free number on the card to claim his prize, a suspicious man answered the phone.

"He immediately asked me how old I was," said Rogers. "I asked him why does he need to know personal information, and then he hung up on me."

Rogers called the toll-free number several times to ask what company the man worked for, but each time the man hung up.

"Usually, there would be a corresponding address," said Rogers. "But there wasn't one on this card, so I knew it was probably a scam."

A spokesperson at Target located in the Columbia Mall said if any suspicious text messages, toll-free numbers or gift cards claim to be from the company, it is immediately reported to the Federal Bureau of Investigation.