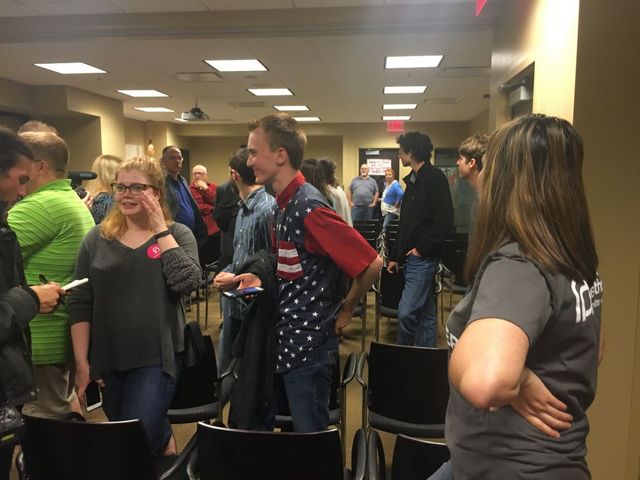 COLUMBIA — What was supposed to be a simple meet and greet resulted in a change of location and some heated protests against state Senator Kurt Schaefer, R-Columbia.

The event was originally supposed to last 2 hours at the Heidelberg, but was cancelled on Facebook.  Protestors still showed up to the restaurant, not knowing the event had been moved to the Mizzou Student Center.

Protestors eventually caught up to the event and outnumbered the attendees.  There were a few students from Mizzou Republican organizations, and some members of the community in attendance.

Schaefer's campaign manager refused to talk on camera, and told other campaign workers not to speak to KOMU 8 News.