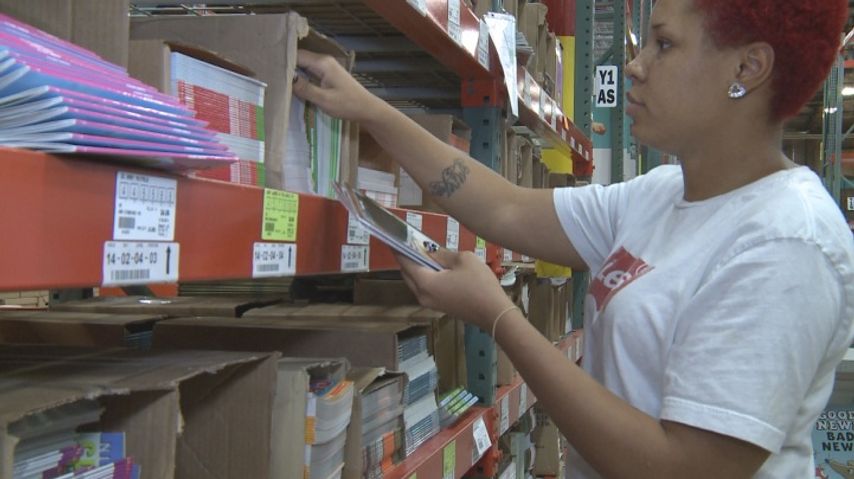 JEFFERSON CITY - Just in time for the beginning of the school year, the Scholastic distribution center in Jefferson City rolled out a Book Fairs Division this month.

"We've added about 30 jobs to our 2,000 at the [National Service Organization] because of bringing the case fair distribution task to Jefferson City," General Manager Faye Edwards said.

A case fair is a collection of books that Scholastic delivers in a box truck to local school districts. The kits come with four to seven cases of books, and at the fair, kids and parents are able to come to the school and select which books they would like to read. About 850 case fairs will go to schools within Missouri this year from the facility.

Faye said children who pick their own books are more likely to do independent reading.

"And we know that independent readers are better students and have more successful lives. So as a part of our new campaign, 'Open a World of Possible', we're very excited to provide these books into mid-Missouri schools so that children can buy their own books, start their own home libraries and open the world to those children."

She said the same schools will be serviced with case fairs as before, but with this change, she said they now have the capacity to add more case fairs as demand increases.

Book Fair Supervisor Bart Rickard will manage the 30 positions and says he anticipates an increase in fairs come spring. Right now he said Scholastic services about 2,300 fairs per year.

Previously, Scholastic serviced Missouri book fairs with facilities in St. Louis and Kansas City. But with this change, Faye said the company has the capacity to add more case fairs as demand increases.