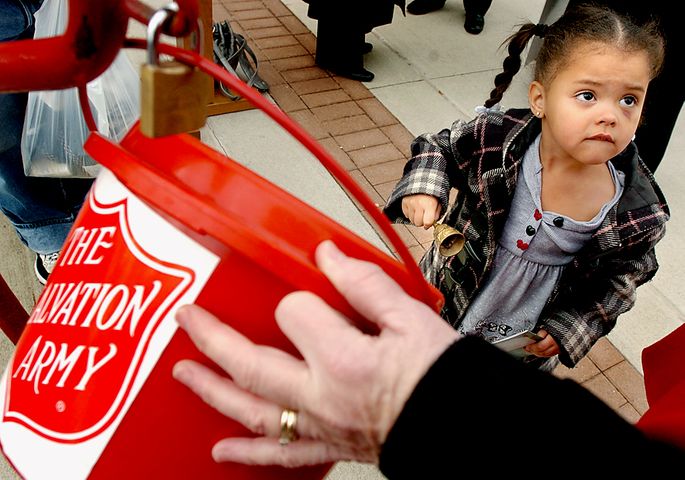 JEFFERSON CITY - For the fourth month in a row, the number of school-aged kids living at The Salvation Army's Center of Hope in Jefferson City has been record high.  The shelter has 40 beds, but for the past few months, The Center of Hope has had to add extra beds to manage the school-aged children and their parents.

To help homeless and other needy families, The Salvation Army teamed up with Jefferson City Public Schools and developed ways to help children stay in school and on the right track.  Since August, social workers at the shelter have partnered with social workers at the public schools to provide necessary resources such as clothing, food, and extra counseling.

Salvation Army Regional Coordinator Major K. Kendall Mathews said the homeless children should not be restricted from resources simply because of their situation.

"Just because they live in the shelter doesn't mean they shouldn't be and have the same benefits and opportunities as kids who come up in a 'normal' home," Major Mathews said.

Center of Hope Director Deborah Goldman said there are usually about two school-aged children living at the shelter at a given time. This month, there are eight children ranging from 1st grade to 9th grade.

Debra Green, a mom of two who recently moved to her own apartment after living at the shelter for three months, said this program has been extremely helpful.  Her 7-year-old daughter Helen was diagnosed with Sickle Cell Anemia, making it dangerous to stand out in the cold for long periods of time.  The Center of Hope worked the school district and arranged for the bus to pick up Helen at her apartment. Shelter director, Deborah Goldman, came to help.

"Deborah told them well this is a good idea... why the bus just can't go out there and pick her up and drop her off from her house so she doesn't have to stand in the cold," Green said.

Green, along with several other mothers and fathers living at the homeless shelter, have benefitted from the program.