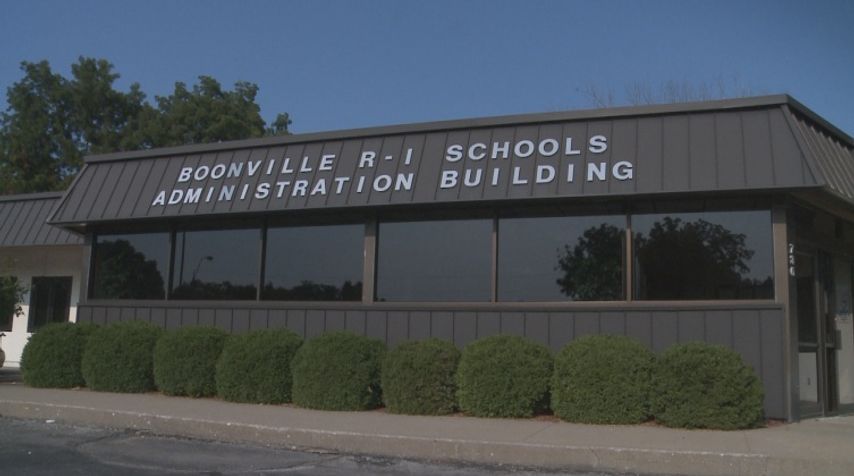 BOONVILLE - The Boonville R-1 School District held a special session to investigate Superintendent Mark Ficken regarding his involvement in a rodeo stunt at the Missouri State Fair Saturday.

Charlie Melkersman, President of the Boonville School Board, opened the meeting and then announced it was going into closed session, saying it was regarding a personnel matter.

Melkersman addressed the media after the meeting, but didn't answer any questions. He said the minutes from the meeting wouldn't be available until 72 hours later.

The school board said it had started the process of hiring an investigator to find out whether Ficken was involved in the stunt which involved a rodeo clown wearing a President Obama mask. The board said it does not tolerate racially inflammatory statements by its employees. It would take appropriate action if Ficken, who was the rodeo announcer, took part in the stunt.

Albert Watkins, Ficken's attorney, said Ficken was only the rodeo announcer, not the clown that wore the Obama mask.

Watkins said although the facts of the controversy had been resolved, the school board meeting was still important.

"They are still convening, and appropriately so, for the purposes of looking into what happened, and to make sure that their employees, be it my client, the superintendent of the school district, or anyone else, did not play any role in this that was problematic or would cast the district in a bad light," Watkins said.