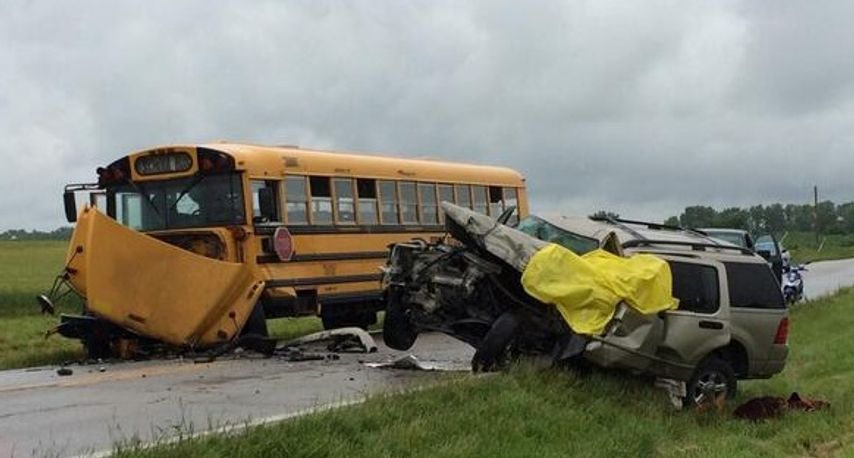 BOONE COUNTY - A head-on collision between a school bus and a Ford Explorer in Boone County killed one person Thursday and injured three students on the bus.

Fire officials said students suffered moderate injuries and were transported to Women and Children's Hospital in Columbia. The bus driver was also taken to the hospital. Edward Ferguson, 67, was driving the Explorer and died as a result of the crash.

The remaining 19 students were transported to the hospital as a precaution.

The bus belongs to Columbia Public Schools and was in the process of returning kids from summer school at Two Mile Prairie Elementary School at around 2:00pm on Route Z in Boone County.

Firefighters said the vehicle swerved in front of the bus, causing the accident. State Highway Patrol Trooper Gary Gundy said wet road conditions were not responsible for the accident.

"Something was going on with the driver inside the SUV that caused the crash," Gundy said. "We aren't sure what it was. That's going to take further investigation. The driver actually chased another car off the road by swerving before hitting the bus."

[Editor's Note: This story has been updated to correct grammar errors, to correctly identify the car involved as a Ford Explorer and to include the driver's identity.]