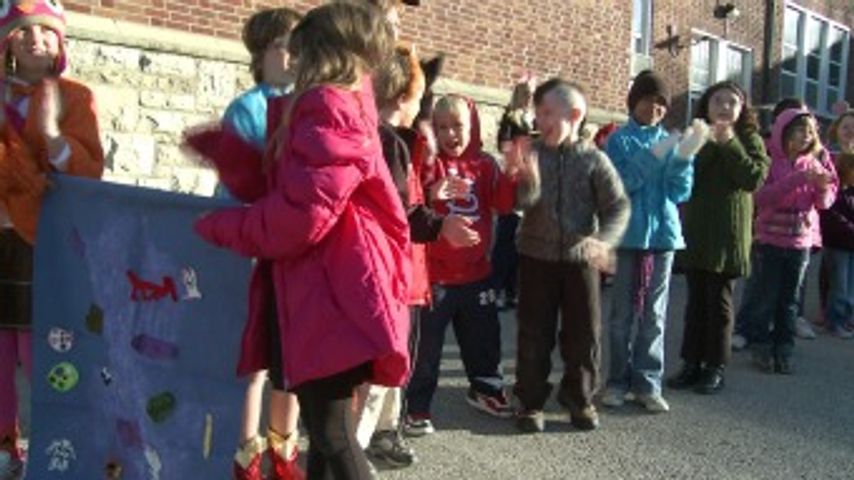 COLUMBIA - Students at Lee Expressive Arts School paraded down Ninth Street on Monday to kick of its annual Fall Festival.  The theme for this year's festival is "story-telling."  The school's partners in education were included and each group hosted activities throughout the school for students to participate.

First grader Owen Sarver said, "Well I was going to do a troll but we couldn't figure it out so I did Billy Goat three."

Bushmann said her class has been studying different fairytales.  Some students in her classroom chose characters from "Jack and the Bean Stalk," "Three Billy Goats Gruff" and "The Three Little Pigs."

Bushmann said the fairytale theme promotes "exploration of it with the literacy and reading but also a lot of acting out the stories with puppets."  Her class forcused on "Jack and the Bean Stalk."

"Students have been acting it out through making a banner, making art to hang in the hall so a lot of immersion into being characters and using voices."

Students in Kindgarten through fifth grade and Mini Mizzou Marching Band walked down ninth street in the morning.  Each class will attend different stations in the afternoon hosted by the school's partners in education.  It's partners include Secret Garden, MU Music and Drama, Columbia Art League, MU Extension Architects, Peckham and Wright Architects and Ragtag.

Mehr said the school has put on a fall festival for the past 15 years.